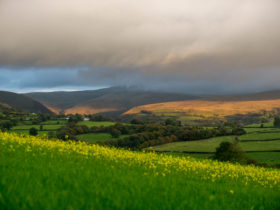 Increase in Glastir payments made in January

A family-run chain of steakhouses will soon open its third restaurant on Gorseinon High Street near Swansea, creating 40 new jobs.

Seagers Restaurants repurchased the high-street premises with the support of six-figure funding from NatWest. The building was previously owned by the Seagers family before being sold and rebranded as The Riverside Inn. The family have since repurchased the venue which provided a perfect renovation opportunity.

The project, which represents an investment in excess of £600,000, includes an extensive refurbishment of the former pub into a relaxed steakhouse, including a state-of-the-art kitchen, stylish dining area and private dining space.

Around 40 new jobs have been created as a result of the expansion, including front of house and kitchen roles, with Seagers now employing close to 100 people across its South Wales restaurants.

Seagers specialise in offering unpretentious, quality food, and have already built a reputation for excellent service in Llanelli and Waunarlwydd, where its two restaurants – ‘The Bryngwyn’ and ‘The Grillhouse’ – operate. The award-winning restaurants have picked up various accolades including ‘Gastro-Pub’ of the year for The Grillhouse, as voted by the readers of the Evening Post and Swansea Life magazine.

“The opening of our third restaurant brings great food and our friendly, relaxed atmosphere to another local area. Thanks to the support from NatWest, we were able to purchase the premises, allowing us to continue to expand our presence in South Wales. We look forward to welcoming new diners and familiar faces to our Seagers restaurant in Gorseinon.”

“NatWest supports growing regional business like Seagers, across an extensive variety of sectors including the hospitality industry. With the funding we have provided, Chris and the team have been able to grow the Seagers’ brand and take its offering to even more diners in South Wales. I look forward to seeing the business thrive in the coming months.”