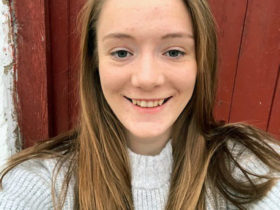 A SITE manager for the Magor-based Edenstone Group is swapping his hard hat for a cycle helmet and riding 200 miles in memory of his son to raise funds for the RNLI.

Passionate fisherman Mike Bindon was just 23 when he was swept out to sea off the coast of Cornwall in January 2014 after being hit by a freak wave. His friend managed to call the emergency services and the RNLI were on the scene within 15 minutes with air support. Despite extensive searches, Mike was never found.

Dad Phil, from Weston-super-Mare, has since campaigned on behalf of the RNLI to raise awareness and received an Inspiring Communicator Award in 2016.

He’s now set himself a new challenge of cycling from Weston-super-Mare to Padstow from June 26 stopping at RNLI stations along the way to thank the crews for what they do.

Phil is being joined on the ride by friends, family, plus Edenstone Group colleagues Chris Edge, Steve Barley, Mike Huddleston and Lewis Morgan, who all live in and around Swansea and Cardiff, plus Richard Senior, from Portishead.

“I can’t turn the clock back and change what’s happened and I don’t want it to happen to anyone else, but if the RNLI volunteers can go out and risk their lives to save people, the least I can do is get on my bike,” Phil, who works as a site manager for the Magor-based Edenstone Group and has worked on developments across South Wales, said.

In fact Phil only took up cycling a year ago, purchasing a bike last May and covering a thousand miles by the end of 2020.

“I had a bike when the kids were young but had never really done any cycling before. I took it up to keep me busy and fit, mentally and physically, during lockdown as there’s only so much gardening and decorating you can do,” Phil laughed.

“Mike would have been 30 last year and with that being a milestone that spurred me on and I had a lightbulb moment to raise money and awareness for the RNLI by cycling from Weston-super-Mare to Padstow. I think Mike would have a chuckle about his dad trying to cycle 200 miles.”

One of Phil’s longest training rides has been a 63-mile cycle at an elevation of up to 4,000 ft, which took around nine hours including breaks.

“The challenge will involve four days of cycling covering 200 miles over tough terrain with a total elevation of 16,000ft which is not far off the height of Everest,” Phil added.

Dave Nicoll, RNLI Fundraising and Partnerships Manager said: “Phil and his family have been part of the RNLI family since they lost Mike in 2014 and the charity has been grateful and inspired by Phil’s determination to raise awareness of sea safety through his grief. By telling Mike’s story, there is no doubt he will have saved lives.

“But cycling 200 miles and nearly the height of Everest is a challenge of another kind and is truly awe inspiring. It’s an incredible feat by someone relatively new to cycling and we have no doubt he will inspire others and, in the process, smash his fundraising target.”

Edenstone Group operations director Chris Edge said: “Phil is a real inspiration and we’re sure Mike would be as proud as we are at his passion for supporting the RNLI. While a few of his colleagues will be supporting him during the challenge, the entire Edenstone Group team is behind him. Plus we’ll be boosting his fundraising with a donation from the Edenstone Foundation.”

The team will wear “Ride for Mike” shirts, provided by the Edenstone Foundation. The foundation receives a proportion of the proceeds of every home sold by the Edenstone Group across South Wales and the South West of England and has pledged to donate £1,500 to Phil’s fundraising.

To donate to Phil’s fundraiser go to https://www.justgiving.com/fundraising/philip-bindon-cyclechallenge.