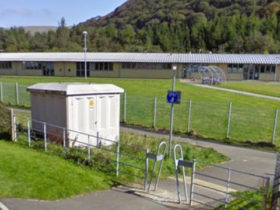 Interim board to provide extra support at Ogmore Vale Primary

The First Minister of Wales is to launch a series of high-profile lectures to mark the centenary of the Department of international Politics at Aberystwyth University.

In a keynote address entitled ‘Towards a Better Union: Past, Present and Post Brexit prospects for the UK’, Carwyn Jones AM will analyse the challenges posed by the UK’s departure from the European Union.

The lecture will be delivered at 5pm on Thursday 11 October 2018 in the Main Hall of the Department of International Politics on Penglais campus.

[/aoa]Admission is free, all are welcome, and tickets for the lecture are available online at Tocyn.Cymru.

Carwyn Jones is an alumnus of Aberystwyth University, who graduated with a degree in Law in 1988.

His lecture is the first in the Centenary Speakers Series organised by the Department of International Politics to celebrate its 100th anniversary.

“We are delighted that the First Minister has agreed to deliver our inaugural centenary lecture. Brexit has dominated the political landscape, and this lecture by Carwyn Jones will assess the challenges of leaving the EU within Welsh, UK and international contexts. It will set the stage for a series of centenary lectures that brings together important leaders in our discipline to address the major global issues of the 21st century.”

Other speakers during the 2018-19 Centenary Speakers Series include:

The Department of International Politics was established in 1919, shortly after the end of the First World War in which more than 100 Aberystwyth University students were killed.

Mid Wales businessman, benefactor and politician David Davies (the future Lord Davies of Llandinam) and his sisters Gwendoline and Margaret decided to donate £20,000 to commemorate the fallen students and to establish “a global centre of learning and research on international politics in Aberystwyth”.

In a letter to the University in autumn 1918, David Davies wrote: “It has occurred to my sisters and myself that the University of Wales and the Council of the College may be willing to allows us to found a Chair of International Politics at Aberystwyth, in memory of the fallen students of our university, for the study of those related problems of law and politics, of ethics and economics, which are raised by the project of a League of Nations, and for the encouragement of a truer understanding of civilisation, other than our own.”

Aberystwyth therefore became home to the world’s first chair in international politics, which was named in honour of the American president Woodrow Wilson – the man whose name is synonymous with the creation of the League of Nations for the maintenance of international justice and the preservation of peace.

As part of the 2018-19 centenary year, a special reunion for alumni of the Department of International Politics will be held in June 2019.