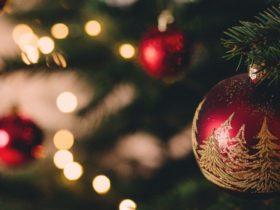 A former Welsh chapel in the backstreets of Ynyshir, Porth in the valleys has been transformed into ‘The Music Palace’ and is now the scene of a major revival of theatre organs and music, with concerts and events planned this summer.

Professional theatre organist and musical entertainer Paul Kirner bought Saran Chapel (originally built in 1884) in 2012. He completed a major restoration project and has converted the chapel into a unique concert venue and bar with original fittings and fixtures added from 1930’s cinemas.

The venue is home to “Paul Kirner’s Theatre Organ Collection” (a registered charity), a treasure trove of stunning theatre pipe organs, lovingly rescued and restored by Kirner and his colleague Ben Snowdon, as well as vintage keyboards and organ memorabilia.

The charity aims to preserve and promote theatre organs and bring their rich, nostalgic music which was so popular in the 1930s and 40s, to life to be enjoyed by new generations.

The Music Palace first opened its doors in 2016 but was unable to run events due to Covid-19. But this summer, new events are planned, including a concert on Saturday 20th August at 7pm from the internationally acclaimed Simon Gledhill, who is one of the world’s foremost theatre organists. On Sunday 21st there is an ‘Open Console’ at 2pm, which is an opportunity for enthusiasts to try their hand at the keyboards and organs.

The theatre organ was originally developed to provide a less expensive alternative to a full orchestra in the larger picture houses opening from the early 1920s where a solo piano wouldn’t be adequate.  Like traditional church organs the sounds are produced by wind blowing through multiple sets of pipes, however these were voiced more orchestrally, often imitating specific instruments of the string, brass, and woodwind sections of the orchestra. Often, these iconic theatre organs used to amaze audiences by rising up from the floor.

Kirner and Snowdon built the collection by rescuing defunct theatre organs from cinemas and other locations across the UK and restoring them to their former glory.

One is the ‘Christie Organ’ once the pride of Regal Cinema in Edmonton and made famous by the late Sidney Torch (founder of ‘Friday night is music’ on BBC Radio 2), who opened the cinema and regularly broadcast from there playing the organ in the 1930s.

Another gem is the Model F Wurlitzer (once ubiquitous in the UK) but now the only completely unaltered example of its kind left in the UK, possibly the world.

The collection is expanding. Coming in 2023 is a Compton theatre organ, largely from the Dominion Theatre in Tottenham Court Road, rebuilt by Ben Snowdon. And the final organ to be restored and rebuilt will be the Ritz Hereford Compton.

Another chapel (Ainon) in the same street as has also been purchased and if building plans are accepted, Kirner will replicate what they have done in Saron Chapel and expand the collection.

Ben Snowdon said, “We are delighted to open the doors to The Music Palace this summer and show people this rare collection of wonderful vintage theatre organs. We want to introduce this rousing and uplifting music to new generations through some great performances by illustrious and talented musicians such as Simon Gledhill.

As a charity, our venues are entirely staffed by volunteers, and we can welcome visiting groups interested in tours and provide demonstrations. This will allow people to see one of the most varied and comprehensive collections of theatre pipe organs in the world.”