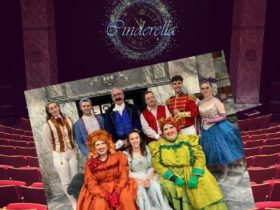 John, is combining his studies for an MSc in Motorsport Engineering by working in collaboration with SBD Motorsport Ltd, making aerodynamic upgrades on a Formula 3 car as part of a major live project. SBD race the car in the British Sprint Championship and have recently secured top 3 positions overall.

It’s this pursuit of fresh ideas that makes participants in student projects highly attractive to engineering companies, naturally eager to employ the most innovative minds universities can offer to ensure their future competitiveness.

John said: “I first met Steve Broughton, the owner of SBD and co-owner of the F3 car, whilst working for MCR Race Cars during the summer of 2017. From this, I had already gained an interest in their car and what they were doing with it.  As I had been following them on Facebook for a little while, I had noticed that they had begun making aerodynamic upgrades. I thought it would be a prime opportunity to use this car for my master’s project. So I emailed Steve and asked if he would be okay with me using his car for this purpose.”

“Twenty-four hours later I received a reply saying that he was extremely interested and he asked for a basic outline of the project. Since then I have been working with them, making small developments and have gained them roughly 10mph in straight line speed amongst other things. My project is focusing on the front wing of the vehicle and seeing how it can be developed to control front wheel wake and if this can be used to gain extra performance from the car.”

“If initial testing goes well, they have indicated that the designs will be manufactured and implemented. I have also received a request to perform aerodynamic work on another race car because of my time with SBD and the University’s race team, M-Sport ENG (Team MCR) and being recommended for my skills, of which I am very proud.”

The Motorsport Engineering programmes at UWTSD provide students with a thorough grounding in mechanical engineering science and technologies and their application to design and the solution of a range of engineering problems in the context of the motorsport engineering industry.

Steve Broughton said: “Collaborating with John has already delivered us a benefit in time against the clock which has helped towards 2 outright run off wins this season.

“Nick Godfrey from Central Scanning then got in touch wanting to use the car to demonstrate the new Artec Leo 3D scanner. This was a great opportunity to get UWTSD, Central Scanning and the Artec Leo together to deliver a fantastic 3D scan of the car for John to further improve his CFD model.”

Industry partnerships have helped graduates secure employment throughout motorsport from specialist component manufacturers through to Formula 1 and WRC teams. Alumni are now working in roles such as high performance engine development and calibration and aerodynamic design. The skills developed on the course are transferable to other industries and many students have moved into the wider automotive industry as well working for OEMs such as Ford, Jaguar Land Rover and tier one suppliers such as Mahle.