Ms Howe’s job as guardian of future generations is to help public bodies and those who make policy in Wales think about the long-term impact their decisions have.

She says the case for a Universal Basic Income, recommended in her new Future Generations Report, has never been more critical to support every person in Wales during the crisis.

Finland has just announced the results of its two-year Universal Basic Income study, where 2,000 unemployed people aged 25 to 57 were given an unconditional, non means-tested 560 Euros per month.

The study found people were happier, had greater trust in others and higher levels of confidence in the future. They also worked slightly more than those on unemployment benefits and reported better cognitive functioning.

Head researcher, Minna Ylikännö, said UBI could help alleviate stress in a time of uncertainty and Scotland has explored a pilot of the scheme.

“Universal Basic Income – something that might have seemed far-fetched only a few months ago –  has now become an urgent need,” said Ms Howe.

“UBI is a very real solution to helping people out of poverty and aiding the economy, while reducing society’s gaping inequalities which have grown deeper during this crisis.”

Wales should lead a joint initiative of devolved nations pushing the UK Government to deliver Universal Basic Income, she says.

Ms Sturgeon called for a “serious discussion” with the UK government over the scheme after research from Reform Scotland suggested all adults in Scotland should be given £100 a week.

Many global governments are already making direct cash payments to their citizens.

Ms Howe said: “Everyone should be paid enough to care for themselves and their families in a time of crisis – if Scotland can discuss this seriously – why can’t we?

“It’s time for a new approach that reflects our complex economy – one that urgently protects the millions of people who desperately need financial security right now.

“The money could support many essential workers and volunteers so they can continue their vital work in keeping the country going – and it could help ease some of the stress on households experiencing extreme difficulties.

“It’s also an opportunity to look at financial packages in general and how we might be able to encourage businesses to give something back in return for support.

“We know that poverty is the biggest driver of ill-health. We need  a system that supports every single person through this crisis or we risk worsening its effects for years to come.”

The wide-ranging Future Generations Report presses Welsh Government to take an investment lead to ensure people are living healthy and fulfilled lives by 2050.

It is the biggest piece of work by the Commissioner since the Wellbeing of Future Generations (Wales) Act became law in 2015 and Ms Howe is asking Welsh Government to use it to inform a response to the crisis which protects society in the long-term.

In a recommended move towards ‘well-being economics’, the report advocates for piloting a four-day working week as a way to reduce our carbon footprint and keep people well, and an end to GDP as the measure of the strength of an economy.

A YouGov poll found eight out of 10 people would prefer the government to prioritise health and wellbeing over economic growth during the coronavirus crisis.

“If we want an economy that works for everyone, and a society where everyone knows they have a stake, it’s time for politicians to put GDP on the backburner and focus on well-being,” said Ms Howe.

“COVID is inviting us to focus on what we value. GDP doesn’t value the vital work that has been highlighted by the crisis – the unpaid work done by women, the huge community of volunteers and those on a low wage.

“A healthy economy should deliver a fair distribution of health and wealth and well-being, while protecting the planet’s resources for future generations and other species. That’s a more realistic version of what prosperity looks like.”

The commissioner, who is working with a range of organisations to identify how recovery can safeguard future generations, says addressing systemic flaws exposed by the pandemic is crucial to a response to the crisis.

“Wage poverty, racial disparity, imbalances in property ownership and quality of housing, job insecurity along with deep structural inequalities in the economy have been laid bare by COVID-19,” she said.

“We’re being presented with an opportunity to enact change, but it needs bold, collaborative, inclusive thinking and political courage. We have a chance now to remedy past failures in the weeks, months and years ahead.

“Investing in a low carbon society with green jobs, cleaner air and improved health has to be central to recovery.”

A Ministry of Possibilities within the Welsh Government, the report finds, would use the “brightest and the best” from local government, private sector, the voluntary sector and industry to develop new approaches and work in detail on critical issues, such as, how we recover from the pandemic.

“Welsh Government needs to be working across sectors to find new solutions, allowing us to build back better,” said Ms Howe.

The report found Wales is not acting quickly enough to reduce greenhouse gas emissions and the commissioner urged policy-makers to ensure climate action is accelerated, not slowed down, in the response to the crisis.

She said: “We’re at a crossroads. We can either go back to the old way of doing things, with the old problems still harming our most needy communities, or we can change to better things for the benefit of everyone.” 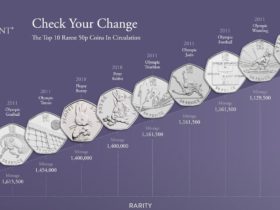 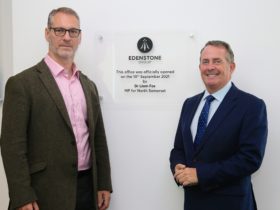 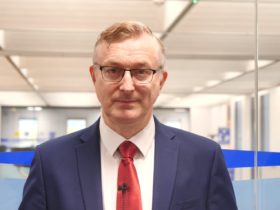