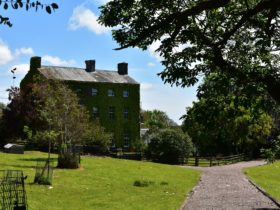 As we enter a New Year in which we all hope to return to some kind of normality, the UK’s genuine departure from the European Union after a lengthy divorce suggests 2021 will be anything but normal, irrespective of what progress is made in tackling the current coronavirus pandemic.

Having breathed a collective sigh of relief after the UK and EU finally reached agreement on Christmas Eve – thereby avoiding the nightmare of tariffs that would have reduce farmgate prices for some products by 30% or more – from 1 January 2021 we will nevertheless start to see the impacts of non-tariff barriers which will make 2021 difficult to say the least for many Welsh businesses.

As the one-hundred-plus members who joined our Brexit webinar on December 17 learned, the Export Health Certificates required by food manufacturers to export products to the EU will cost around £150 to £200 each, meaning the total UK bill for certificates alone is expected to be between £45 million and £60 million in 2021 if exports continue at current rates.

This is equivalent to between 3% and 4% of the value of current UK meat exports.

Meanwhile, the additional costs of these and other non-tariff barriers are estimated to be between 4% and 8% – equivalent to a reduction of between 19p and 40p per deadweight kilo based on last year’s SQQ lamb prices.

We also have certainty regarding the budget that will replace our EU Common Agricultural Policy budget: in December 2019, the UK Government announced a Welsh BPS budget that took no account of the 15% Pillar Transfer, leaving a funding gap of £42 million. Then in November this year, they announced a Welsh funding allocation that increases this funding gap for 2021-2022 to £137 million – equivalent to a cut of around 41%.

While those who support the UK Government have used creative interpretations of the promises made repeatedly by those lobbying for Brexit, UK Government ministers and the Conservative Manifesto to justify this, the reality is that no time was wasted in starting to cut Wales’ agricultural and rural affairs budget as soon as the Transition Period started and we were largely out of the CAP funding system.

In light of these cuts, the FUW called for the Basic Payment budget to be protected, and we therefore welcomed the Welsh Government’s recent announcement that this will happen in order to give the farming industry financial certainty at such an uncertain time – but there seems little doubt that the impacts of the UK Government’s cuts will start to be felt somewhere as we move through 2021.

The New Year will also bring much debate over the future direction of Wales’ agricultural and rural policies, following the publication of the Agriculture (Wales) White Paper consultation in mid-December.

While the paper highlights many of the concerns we all share, as with previous consultations on the future direction of rural support, the proposal is to make public goods payments the only revenue tool available to meet economic, environmental and social sustainable development objectives.

The FUW has been blunt in highlighting how unimaginative the Welsh Government has been in copying this one-dimensional decades-old Defra concept and trying to fit Welsh policy objectives around it, rather than seeing a blank canvas, looking at what Wales wants to achieve then designing a system and the necessary tools to deliver these.

In my mind, the Welsh Government’s approach is like trying to find a way to change the gearbox, tune the engine and respray the bodywork while insisting it all has to be done with just a twenty year old spanner and that the rest of the tools need to be thrown in the sea. And I know I am not alone in feeling that we did not vote for devolution to see Wales simply adopting ideas dreamt up in London that have made it along the M4: We have previously deviated significantly from English policies, much to Defra’s disappointment and our benefit, and should continue to do so, just as Scotland and Northern Ireland are making the most of their devolved powers and forging ahead with their plans to use multiple tools to deliver what is needed for their own agriculture and rural communities. And let’s not forget that had we chosen to simply follow Defra previously we would have followed them into disasters such as the 2005 and 2006 SPS meltdown.

We clearly have an uncertain road ahead of us in 2021, whether in terms of the pandemic, our new trading relationships with the EU and other countries and blocs, or the discussions on our future domestic rural policies, but whatever happens I am confident we can secure a bright future for Welsh agriculture and our family farms.

Before Christmas, there was a great deal of talk about straining every sinew to get a Brexit deal. The threat of trade deals which would allow substandard food onto our shelves has made us as individual farmers more united and proactive than for many years, but we have not yet strained the smallest muscle, and in 2021, whether we face threats due to funding cuts, unfair trade deals or from false accusations about our industry, we must be prepared to redouble our lobbying efforts and stand up strong to secure the future of farming families and food production in Wales.

The FUW is committed to fighting for that future, and will continue to do so without fear or favour.