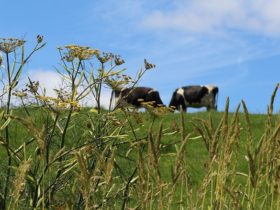 Have your say on proposed livestock movement changes

In a meeting with Cabinet Secretary Lesley Griffiths, the Farmers’ Union of Wales has stressed the need for urgent contingency planning to buffer the potential harmful consequences of a hard Brexit.

FUW President Glyn Roberts said: “Both the Welsh Government and FUW are in full agreement that allowing us to leave the EU without retaining full access to the Single Market would be catastrophic.

“We had a very frank discussion with the Cabinet Secretary about the risks of a hard Brexit and current speculation that such an outcome may be more likely than was previously the case.”

Mr Roberts said that the barriers to selling into the EU market due to a hard Brexit could have a similar impact on livestock prices to the export bans introduced in 2001 and 2007 as a result of Foot and Mouth disease.

“When Foot and Mouth hit us we had no time to prepare and the consequences were dire. This time round we at least have time to prepare as much as is possible, and the onus is on all of us to look at ways to minimise impacts.

“There is not a single element of our industry that won’t be affected by failure to reach an appropriate deal with the EU. Markets will be more difficult to access and supply chain will be hit – not just food, but also for things like medical and veterinary supplies.

“We will be working closely with the Welsh Government over the next few months to get measures in place to give our family farms in Wales the best fighting chance possible.”