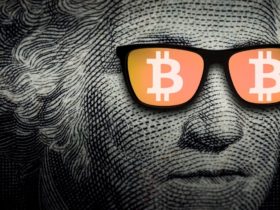 It is going to be another great year for mobile phones, from online slots on the go to high-spec cameras, the mobile phone is constantly evolving. At the Consumer Electronics Show (CES) 2022, future technology featured lots of cutting edge developments. Colour-changing cars, speakers and remote controls that do not require charging, plus lightbulbs that track your health vitals. In the following list, we have listed some of the most interesting gadgets from the event.

While DJI has pretty much monopolised the drone market, several other brands are making some headway by offering punchy features. Among these brands is Skydio, a brand gaining momentum with its smart features. A new version of the Skydio 2 was revealed at CES 2022 – the Plus model.

Skydio 2 was hugely popular when it was released, so it is surprising that they would release an update that makes some significant improvements. Skydio also added keyframe technology to improve battery life and control range by 20 percent.

In Keyframe, a flight plan for the drone can be created and saved in advance. Once you have selected both video recording and flying, it will use autonomous artificial intelligence to do both. There’s nothing like being at the centre of the action and being able to film at the same time. AI will follow this path on its own based on keyframes and locations you select. If you didn’t get the shot you liked, you can repeat the route over and over.

Although your lamp can illuminate your room, can it monitor your breathing, sleep, heart rate, and movements? CES 2022 unveiled this new light bulb that is capable of doing exactly that.

The Sengled Smart Health Monitoring Light is not just a lighting fixture that can connect with a smart assistant, it is also an innovative system for the detection of human vitals. Health metrics can be monitored at home without the need for a tracking device.

Depending on how you set it up, the light will interact with you. It might be a good idea to wake up with some intense white light if you had a bad night’s sleep or a little dimmer if you slept through the night. Dark lighting can be creepy.

During the past couple of years, folding technology has quickly established itself as a reality. The foldable phone movement has now spread to tablets and computers, mostly influenced by Samsung and its foldable smartphones. A brand new Zenbook 17 with an OLED touchscreen was announced by Asus at CES 2022.

There is no availability date for the folding tablet yet (Asus indicates mid-2022), but it seems promising. Despite being bigger than most tablets, the 17-inch OLED display is also foldable and can be bent to mimic a laptop display at a 90-degree angle, so you can use it as a small tablet or as a smaller tablet.

It was shown at CES 2022 with a Bluetooth keyboard attached, as well as in a clamshell layout with a keyboard built right into the lower half of the screen. Although the screen looks great, we won’t be able to tell if it can withstand all the folding that its users are going to subject it to until mid-2022.

As with Samsung’s remote above, and as with Urbanista’s Los Angeles headphones, the speaker offers similar benefits. The reason for that is that the tiny minimalist speaker runs on light power and never requires any plugs or batteries.

Its appearance is completely devoid of solar panels or anything that could be considered a power source. The reason is that Mayht partnered with a solar material manufacturer called Exeger, which makes Powerfoyle. The material is able to harness ambient light and natural light.

This, coupled with Mayht’s speciality – small, powerful and completely solar-powered speakers – results in one of the most amazing speakers you will ever see. For now, it does seem like a solid move in the world of solar materials, no matter how well the charging material works or how good the sound is.

This year’s CES event was one of the biggest talking points ever, and for good reason! BMW’s iX Flow was one of the hottest topics. Despite being only a concept car, the iX Flow is packed with surprises. At first glance, it looks like an ordinary and perhaps somewhat boring car, but, when a button is pressed, it can completely change colour.

BMW has developed e-ink that is colour-swappable, so it can switch effortlessly between black and white. It might not be accurate to call it paint since it doesn’t capture the technology involved. It instead included an electrophoretic body wrap that was embedded with electrophoretic technology.

How does that work? Millions of microcapsules cover the car. Black pigments and negatively charged white pigments live within them. When an electric field is switched on, the chosen pigment rises to the surface to change the colour of the car. This is basically an E-reader display on a car. 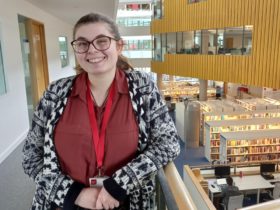 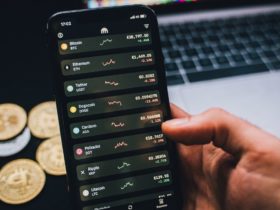 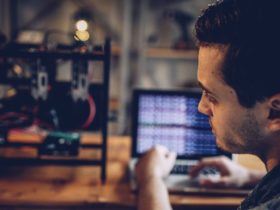 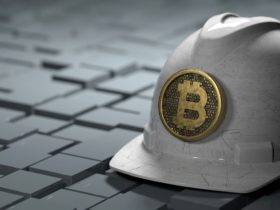