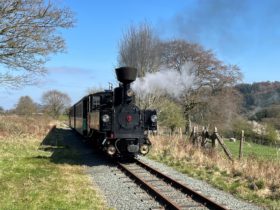 Dozens of volunteers will put their best foot forward this weekend to perform in a Singin’ in the RainUmbrella flash mob in Cardiff.

It is one of three flash mobs in the UK which is celebrating the new UK-wide season BFI Musicals! The Greatest Show on Screen.

Singing and dancing its way into cinemas and venues across the UK, BFI Musicals! celebrates the joyful, emotional, shared experience of watching film musicals; with the biggest stars, the most iconic scenes and the best-loved song and dance numbers back on the big screen, including the re-release of Singin’ in the Rain(1952) by the BFI from 18 October.

The season is led by the BFI (British Film Institute) in partnership with the Film Audience Network (FAN) and Independent Cinema Office.

[/aoa]The BFI and its partners, including Compass Presents and Chapter, are inviting the Cardiff community to take part in the umbrella flash mob. Clips from the performance will even be used to create a film trailer, which will be screened in cinemas nationwide to promote the latest BFI Blockbuster season which runs from October to January.

Cardiff/Barry based Gemma Hillberg of Turnd Up Fitness is leading the choreographed routine.

A step-by-step instruction video is available for those who want to get involved:

Full details and updates can be found at chapter.org or via Chapter’s Facebook event page: https://www.facebook.com/events/769104803522612/ 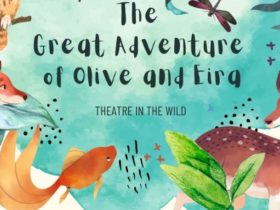 Theatre in the wild is coming to Parc Cwm Darran