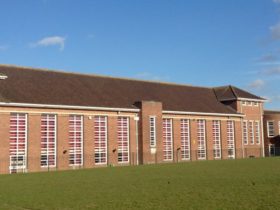 A FORMER Wales and British Lions player, who is now Chairman of the Welsh Rugby Union, has received an Honorary Doctorate from the University of South Wales (USW).

Gareth Davies received the honour during USW’s annual summer graduation ceremonies, which are held in Treforest, Newport and Cardiff.

A former international fly-half and British and Irish Lions tourist in 1980, Mr Davies earned 21 caps for his country and captained Wales on five occasions.

He has held senior executive positions with the Newport Gwent Dragons, CBI Wales, BBC Wales, Cardiff RFC, S4C, the Sports Council for Wales, the Royal Mail and the Welsh Development Agency – where he headed the Sydney, Australia office – and is a former Dean of the Carnegie Faculty at Leeds Metropolitan University.

Mr Davies is a member of the World Rugby Council, its Executive Committee, as well as being a director of Rugby World Cup Limited, Six Nations Rugby Limited and the British Lions Designated Activity Company and is on the board of EPCR.

“It’s a great privilege and honour to be recognised by the University of South Wales as a recipient of an Honorary Doctorate,” he said.

“Having worked at a university myself, it’s obviously the highlight of the academic year and a great opportunity for the students and their families to celebrate their success.

“Education opens a lot of doors. You get the obvious things – such as A-levels and degrees – but the other important thing is the qualities that people develop by being at university, the skillsets required for life in general. It’s more than just education.”