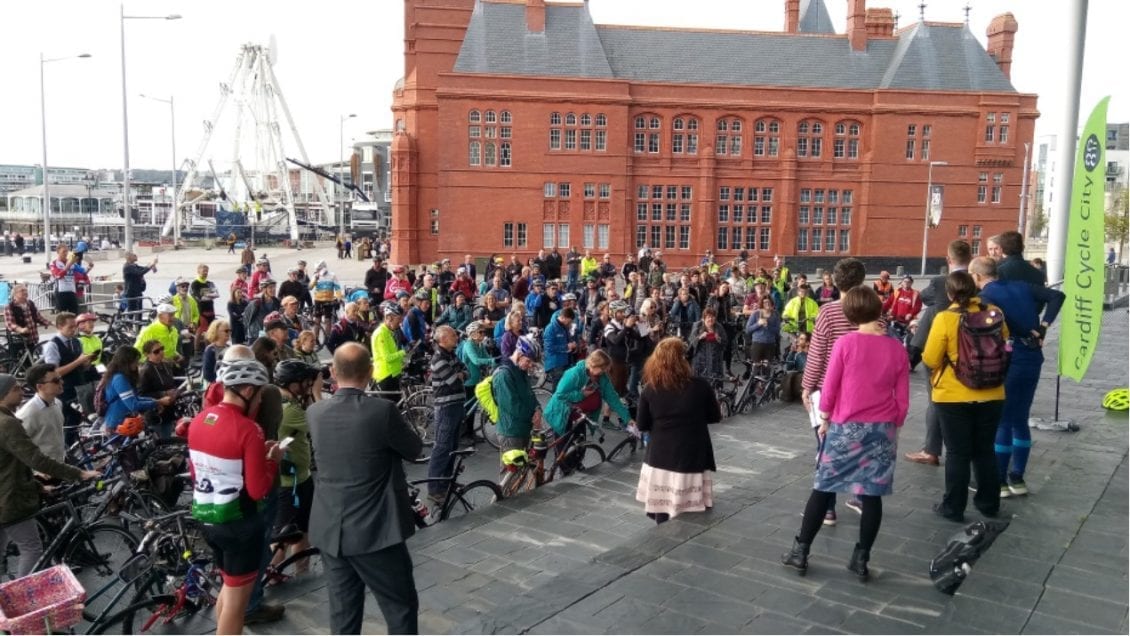 Crowds gathering for the lobby

Hundreds of people converged on the Senedd yesterday (October 2nd) to demand more resources for creating safe walking and cycling infrastructure in Wales.  The lobby on the steps of the Senedd heard calls for Welsh Government to match the £20 per head spent in Scotland. Unless that happens, Wales would not be able to deliver on the promises made when the Assembly passed the ground-breaking Active Travel Act in 2013.

Over a hundred people took part in an organised bike ride down the Taff Trail from Pedal Power in Pontcanna, to join in the lobby.  They were joined on the ride by Assembly Members and Welsh Government Minister Lee Waters AM.

The event was supported by politicians from across the political spectrum and a large number of health and environmental organisations, as well as walking and cycling groups.

The lobby was addressed by:

Speaking to the crowds gathered in Cardiff Bay, Health Minister Vaughan Gething AM stated: “Walking and cycling needs to be integrated into our daily lives, from getting to work, to taking the kids to school, we can all make these adjustments to ensure we’re being more proactive as a society and reducing our use of cars.

“It is vital to the health of the nation that people are able to build physical activity into their daily routines.”

Speaking from the Senedd, Huw Irranca-Davies AM said: “Active Travel has a huge amount to offer Wales, but it will only happen if we have the resources in place and an effective plan to deliver the safe infrastructure we need.  If we get it right, we will help tackle many of Wales’ most pressing problems, such as carbon emissions, air quality, physical inactivity and traffic congestion.”

Rhun ap Iorwerth AM said: “I really enjoyed the cycle to the Senedd today as part of an event to promote active travel.  We’re already aware of the benefits of active travel – active travel to school can increase concentration by up to 4 hours, for example, as well as health benefits.  We must now see an increase in active travel spending to make it easier and safer for people to make short daily journeys on foot or by bike. £20 a head is a very reasonable ask!”

Gwenda Owen of Cardiff Cycle City emphasised the importance of ensuring active travel appealed to people who don’t currently walk and cycle.  If the Active Travel Act was to be successful, she said, it has to reach people who currently use the car for all their journeys and show them that getting about by foot or on bike can be safe, healthy and convenient.

Duncan Dollimore of Cycling UK said: “The Active Travel Act was a visionary piece of legislation, but without increased funding the people of Wales will be left with a legislative aspiration to increase levels of cycling, but nothing to make it happen. That’s why people have cycled on the Senedd today to ask Assembly Members to commit to proper levels of investment in active travel, to deliver the Act’s vision of making walking and cycling the most normal and natural ways of getting about.” 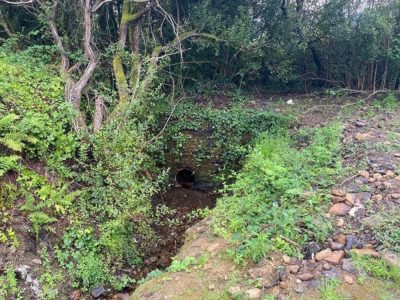 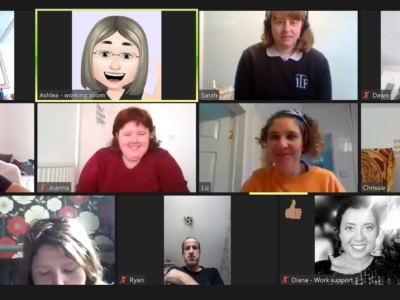 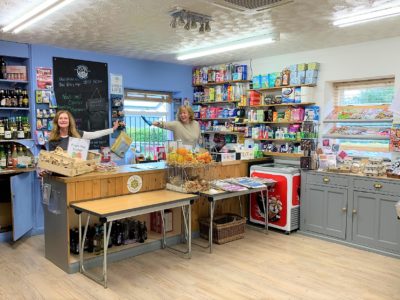