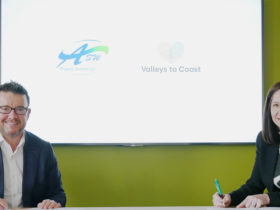 The opening event on July 4 was an important milestone for the company, which has spent its first four years in serviced offices at the Bridge Innovation Centre, an incubation hub for new businesses. The move is a result of the company’s dramatic growth, and the increase in numbers means they need more space.

[aoa id=”1″]Founded after the closure of the Milford Haven Refinery in Dec 2014, InSite has expanded from six founding directors to its current workforce of 90, comprising a blend of full- and part-time employees, supporting contractors and associates. The company operates both locally and internationally, supplying engineering design, technical consultancy and operational services to a variety of clients.[/aoa]

InSite are active in the oil refining, gas, and storage industries, as well LNG, metals and chemicals. In the past four years InSite have worked in ten European countries, in the middle east, in Canada, Vietnam and Korea. The new premises will enable InSite to continue to grow, increasing its client base and developing its offering to other energy sectors such Nuclear and renewables.

The opening was attended by many of InSite’s clients who enjoyed the event and spoke positively of the new lease of life InSite have given 1 Cleddau Bridge. Jean Martin (InSite Managing Director) thanked guests for their continued support for the company over the first four years of operation. InSite acknowledged the support of the Welsh government in the course of its development and for supporting the refurbishment of the building.

Rhodri Griffiths (Chief Regional Officer for Mid & South West Wales of the Welsh Government Department for Economy and Transport) praised the team ethos that InSite have demonstrated throughout its journey and how InSite’s new home will help to promote effective teamworking.

Ed Tomp, Chairman of the Haven Waterway Enterprise Board and General Manager of Valero Refinery said he was encouraged to have a local engineering company on the doorstep of the Haven based energy sites and recognised the support this can provide for InSite’s clients. Ed congratulated InSite on opening the office on the 4th July, a significant day in his calendar as a US citizen.

Cutting the ribbon were two people who span either end of the engineering experience spectrum. Dai Evans worked at the nearby BP Angle Bay oil terminal exactly 50 years ago, and proudly cut the ribbon alongside one of InSite’s youngest recruits, Ellie Wheeler. Ellie joined InSite as a trainee in 2016 after completing her “A” levels at a local school. Ellie has gained skills across several roles since then and is a very proficient CAD operator and Project Planner.

Commenting on the official opening of the new premises, Jean Martin said:
“Moving into 1 Cleddau Bridge is the springboard for the next stage of our growth. The building lay empty for over four years and we have invested in it to bring it back to life. The project was completed in under 12 weeks which took a lot of co-ordination and teamwork. In the long term this move will help us to play our part across all energy sectors.
“The new premises will allow InSite to continue to grow and provide a first-class engineering service to both existing and new clients. There was a party atmosphere at the opening event which continued into the evening as the company celebrated with their families and friends.” 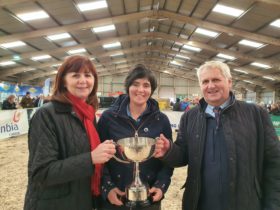