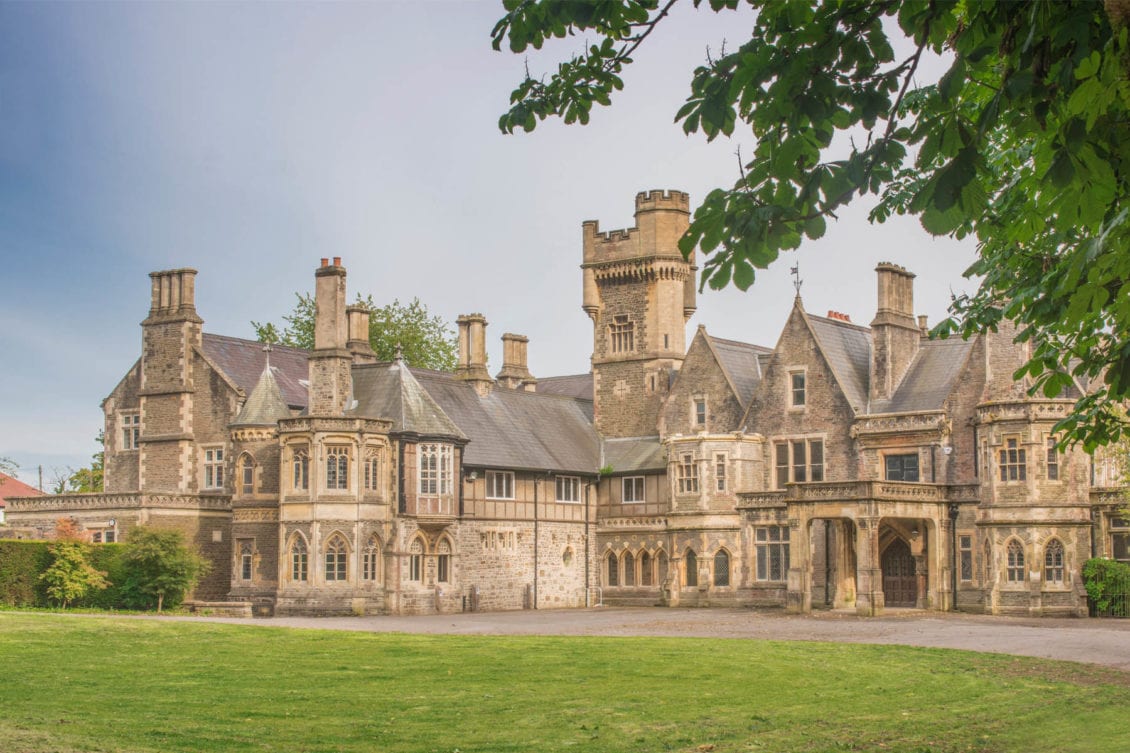 The “inspirational” transformation of a housing estate in Llandudno has been hailed as an example to the rest of Wales.

The plaudits came from Sophie Howe, the Future Generations Commissioner for Wales, who was speaking at a ceremony to mark the completion of the ground-breaking project by housing association Cartrefi Conwy at the Tre Cwm estate.

She was told that neglected areas of land had been turned into a “green oasis” featuring a giant caterpillar made out of boulders as part of a £1.4 million environmental scheme.

According to Cartrefi Conwy, the aim was to reconnect youngsters living on the estate with the natural environment by creating communal areas which families can enjoy and where children can safely play.

The estate has also benefited from redesigned roads, setting out car parking spaces, footpaths and changing concrete areas into green spaces – all brightened up by a major programme of planting trees, shrubs and flowers.

The work came on top of the £2.75 million spent by the housing association to improve the estate’s houses, flats and maisonettes which were built in the 1970s.

The two projects brings the total invested by Cartrefi Conwy on its housing stock of 3,800 homes in Conwy to over £40 million with more than 300 jobs created as part of their ongoing housing improvement programme.

Ms Howe described the completed project as ‘inspirational’ and an example of good practice for the rest of Wales.

She said: “To see what has been achieved is incredible. Every little detail has been thought through.
“The play provision around the estate is outstanding and done in such a way that it looks great. We have witnessed children using and enjoying the features as we have walked around Tre Cwm.

“It’s wonderful to see children out with their families. It’s without doubt one of the best examples I have seen of social housing regeneration in Wales.

“If we could bottle what Cartrefi Conwy have achieved here and use it elsewhere then Wales would be a far better place.”

Cartrefi Conwy managing director Gwynne Jones was proud of what has been achieved at Tre Cwm.
He said: “The work that has been undertaken by Cartrefi Conwy staff, Creating Enterprise our subsidiary and our partners, particularly, Brenig Construction, have been amazing. There is a real passion to build a community to be proud of.

“We began in 2014 by consulting with tenants to see what it was they wanted and how they wanted to achieve the goal of making the estate more environmentally friendly and better for all generations.

“We have taken our time and made absolutely sure we got things right. It’s the community that drives what we do and hopefully what we are witnessing is the beginning of a new Tre Cwm community.

“The legacy will be the ongoing work of the Tre Cwm Action Committee that will help the community continue to move forward together. The residents have been fantastic and very patient but they have embraced what we have done and taken ownership of the project from the start.”

Angie O’Grady, a Tre Cwm resident who is a full-time carer as well as being deputy mayor of Llandudno says the project has seen a marked improvement in the quality of life of tenants.

She said: ““Tenants know Cartrefi Conwy is on their side and looking after their interests. There has, in the past, been a certain stigma to living on a housing estate but that is no longer the case here. People actually want to live here.”

“The play provision is now amazing and it’s great to see how nature has been thought of with new trees, bushes and flowers. And the way nature has been included in the play areas is brilliant.”

According to Lynne Cantwell of the Tre Cwm Action Group, tenants now have a pride in their estate.
She said: “The work done as part of the environmental project is brilliant. Access has been opened up and new play areas introduced which are fantastic. It’s brilliant seeing children out playing and using their imagination instead of sitting at home on i-Pads or lap-tops.”

North Wales Police’s PCSO Pam Hayers who works in the Tre Cwm estate revealed the new play areas have been a big hit with local children.

She said: “The improvement has been staggering. What was once a traditional park and play area with swings and slides and not much else has been replaced with imaginative features that children are discovering and using a great deal.

“There is a real sense of community around the improvements and it means that all generations are involved. It’s helping to reduce anti-social behaviour and crime in general. There’s a new pride in the area and in the estate itself.”

Cartrefi Conwy’s environmental development officer, Matt Stowe, said: “It’s great to get to the stage where the community, having bought into what we were trying to achieve, have now taken ownership of the project.”

Owen Veldhuizen, Cartrefi Conwy’s community regeneration manager added: “The whole idea of the regeneration project has been about opening up space, giving everyone access to all areas and planting new sustainable trees, bushes and flowers.”

Brenig Construction managing director Mark Parry said: “It’s been amazing and it’s evident to everyone just how popular the play areas are and how children have embraced what we have tried to do. It’s really lovely to see.”

Aberconwy AM Janet Finch-Saunders said: “The work done on the Tre Cwm estate is just fantastic and it’s wonderful that the Future Generations Commissioner for Wales, Sophie Howe, has had an opportunity to see the scheme first hand.

“Cartrefi Conwy’s motto is building communities to be proud of and there is no finer example than what we have seen here on the Tre Cwm estate.”

It was a sentiment echoed by Shadow Secretary of State for Wales, Christina Rees MP.
She said: “The fact the community has taken ownership of the regeneration and environmental improvements, and it’s clear they have, is an example to the rest of Wales of just what can be achieved.”
Conwy County Borough Councillor Philip Evans says he was a councillor when the Tre Cwm estate was built in the 1970s.

He said: “I’m delighted to see the improvements that have been made. In the 70s it’s what people wanted, or at least what we thought people wanted.

“However, over the years it became clear the estate needed improvements and it’s great to see the amount of work that has been done and the difference it is making to people’s lives.”