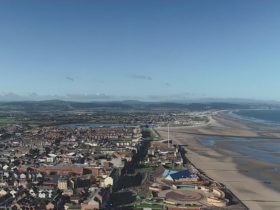 An irresponsible dog owner has been fined over £370 for failing to adhere to the Public Spaces and Protection Order, (PSPO), in Rhondda Cynon Taf.

A woman from Abercynon had taken her dog for morning walkies and the dog was witnessed on a restricted area at Abercynon Recreation Ground.

In October 2017 Rhondda Cynon Taf Council was one of the first Local Authorities to introduce strict rules in terms of dog controls, when it put in place a PSPO. Due to the success of this order, it was extended in November 2020 to continue to tackle this disgusting and unsightly issue.

The woman was issued with a £100 Fixed Penalty Notice, (FPN), but failed to engage with the Council’s Enforcement Officers, so the matter was referred to Merthyr Tydfil Magistrates Court, where she was found guilty and ordered to pay a total of £374 – Fine £220, Costs £120, Victim Surcharge £34.

The message from the Council is clear – if an irresponsible dog owner is found breaching the rules of the PSPO by an Enforcement Officer, the Council will take action and issue a £100 FPN.

Failure to pay this, could lead to court action being taken and a much larger fine, which this woman has discovered to her cost. Details will also be publicised on the Council’s website and Social Media channels.

“The latest conviction demonstrates the Council’s commitment to tackling dog fouling issues – if an irresponsible dog owner is found breaching the rules of the PSPO we will take action and issue a £100 fine. Failure to pay this, could lead to court action being taken, a large fine and a criminal record, as these irresponsible dog owners have now found out.

“The PSPO rules were introduced after residents told the Council they wanted to see action taken to tackle irresponsible dog owners – including areas such as play areas used by children and marked pitches where residents enjoy playing sports.

“The Council would rather see a clean County Borough and dog walkers acting responsibly rather than issue fines – which could have easily been avoided if this person had simply acted responsibly and followed the rules.”

In the last three weeks the Council has issued almost 30 Fixed Penalty Notices (FPNs) to those who have been caught breaking the PSPO, or fly-tipping in Rhondda Cynon Taf. All the revenue generated from the FPNs is invested back in frontline services to further improve our County Borough and respond to the priority issues our residents have identified.