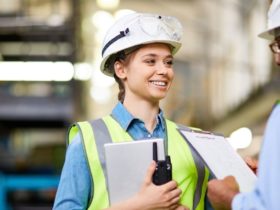 First Minister Mark Drakeford will today (Friday July 8) join other British and Irish leaders in Guernsey as the crisis around the future of the UK Government continues to unfold.

The leaders will meet to discuss the ongoing cost-of-living crisis, climate change, support for people from Ukraine and the Northern Ireland Protocol at the 37th British-Irish Council summit.

The summit is the first meeting of UK First Ministers, Chief Ministers and the Irish Taoiseach after the Prime Minister announced he would resign.

Speaking ahead of the summit, First Minister Mark Drakeford said:

“The British-Irish Council is designed to foster strong working relationships between all the governments involved – and that’s what we’ll be doing today.

“We are here to do the serious business of working together to make things better for the people in our respective nations and islands.

“We will focus on the cost-of-living crisis, the relationship between the UK and the EU, particularly in relation to the Northern Ireland Protocol and we’ll talk about the actions taken to welcome people from Ukraine.

“This is what the UK Government should be focusing on. What we have seen over recent months has not just been about the fate of one person, it has been about the collapse of decent and effective government in London. We all deserve better.”