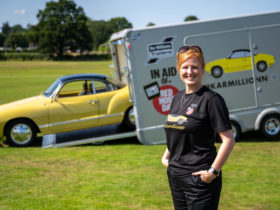 IT will be a case of like father, like son for Alastair and William Milburn when they take part in the 2018 London Marathon to raise money for Cancer Research Wales.

While Alastair Milburn, 49, has the experience of six marathons, perhaps unsurprisingly, he suspects rookie William, 21, will come out in front on the day.

Alastair is a veteran of six previous London Marathons, the first back in 2002.

“The family has always come and supported me, and at a very young age, Will said he would like to do the race with me when he was old enough. I thought he would forget!” said Alastair.

Will, who is studying economics at Cardiff University, said: “He’s an old man now so I hope to finish ahead of him! I’ve seen the event live a few times and it’s very inspiring. I always said I would like to do it one day.”

The two have started their training and are looking for donations for Whitchurch-based Cancer Research Wales – Wales’ only dedicated cancer research charity.

Liz Andrews, director at Cancer Research Wales Director, says: “We are extremely grateful to Alastair and William for fundraising and taking part in this year’s London Marathon for Cancer Research Wales, and we wish them good luck in the rest of their training and on the big day! We rely on the hard-work of supporters and longstanding fundraisers, such as Alastair, to help raise vital funds to fight cancer here in Wales.

“Money raised for Cancer Research Wales goes to clinical and laboratory-based cancer research in universities and hospitals across Wales. That’s where the breakthroughs are taking place, it’s where our scientists are finding answers to the questions that are being asked by cancer researchers all over the world.”

We’re in the @LondonMarathon! pic.twitter.com/tPJ1FLjrRk

No stranger to charitable efforts, Alastair has helped to raise more than £50,000 in the local community for charity.

The duo have set up a Virgin Giving page for sponsorship at http://bit.ly/2mb7u4w 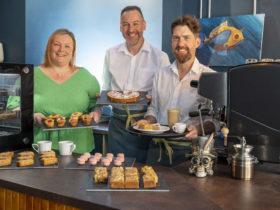