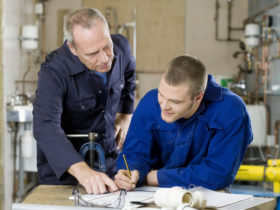 A celebration at the Welshpool & Llanfair Light Railway’s on Sunday (July 28) marked the successful completion of the line’s ‘Disability First’ project.

This major investment at Llanfair Caereinion station has helped open up the popular Mid Wales tourist attraction to less-able visitors.

W&LLR was awarded £42,500 in 2016 as part of the £1 million Heritage and Community Rail Tourism Innovation competition, run by the Challenge Fund of the Department for Transport and the Rail Safety & Standards Board (RSSB).

The railway’s Disability First project aimed to improve access to trains for wheelchair-bound passengers. At the time, the restricted dimensions of the narrow-gauge rolling stock and the use of wheelchair ramps meant that only manual wheelchairs could be accepted on trains.

The funding allowed W&LLR to invest in two specialist wheelchair lifts, which were based at its two terminal stations and immediately proved both more comfortable for visitors to use and easier and safer for the railway’s volunteer train crews to operate.

Each carriage had one of its end balconies extended to allow access to larger wheelchairs now used by most people with mobility issues. The doors and internal layout of the carriages were also changed and former fixed seating replaced by tip-up versions.

“The new seats allow total flexibility which was an important part of the project,” said W&LLR general manager Charles Spencer; “We want our less-able travellers to enjoy a fully inclusive journey, not segregated into their own compartment.”

The two carriages were also repainted, with funding from W&LLR resources, while the grant also covered the building of accommodation for the wheelchair lifts when not in use and advertising and media coverage in publications catering specially for the disabled audience.

One of the modified carriages went into service in 2018 and the other joined it in time for the start of the 2019 season. The W&LLR has since seen a significant increase in the number of people visiting who would not otherwise have been able to travel. Comments on the lifts and carriage space have been universally positive.

“It has not just been wheelchair users who have welcomed the changes,” said Mr Spencer. “Many less able-bodied visitors, those using walkers or canes for example and who otherwise would struggle with the carriage steps, have been able to stand on the lifts and rise to carriage level in safety and comfort.”

The official conclusion of the project was marked by High Sheriff of Powys, David Lloyd Peate, cutting a symbolic barrier ribbon across the entrance to one of the carriages.

“This project is already a huge success,” said Mr Peate. “I have seen the smiles and delight on the faces of those who have already used the lifts, including the families of wheelchair users as they are being elevated onto the carriages.

“This has been a big investment for the W&LLR which will open up new experiences for so many people and I congratulate the railway for taking the initiative.”

Mr Spencer paid tribute to the W&LLR members who ensured the project went ahead, including the line’s appeals director Iain McLean who made the successful grant application and Philip Crook who oversaw the design and modification of the carriages.

“This was a project properly managed and delivered to plan. It will enable more visitors to travel in comfort with us, which we are delighted about, while the railway will also benefit as a result,” he added.