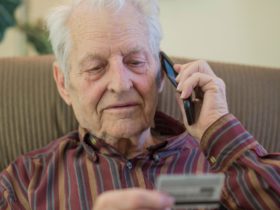 On Four separate occasions Ms. Jing Zheng allowed people to sleep above a takeaway restaurant in breach of Prohibition Notice.

Fire Officers believed that there was an imminent risk to life, so severe that a Prohibition Notice was served immediately preventing the use of the first floor of the premises for residential purposes.

On the 2ndof August 2017, Inspecting Officers made an unannounced visit to the premises and discovered that the premises was being used for residential purposes, in breach of the terms of the Prohibition Notice.  Some remedial work had been carried out but not enough to deem the upper floors safe for such purposes.

On the 14thof June 2018 at Cardiff Magistrates’ Court, before District Judge Bodfan Jenkins, the proprietor of the takeaway, Jing Zheng, pleaded guilty to charges of breaching the Prohibition Notice issued by South Wales Fire & Rescue & Service, admitting that the premises had, on four separate occasions, been used for residential purposes.

The Defendant was committed to the Crown Court for sentencing as the District Judge considered the sentencing powers of the Magistrates’ Court to be insufficient given the seriousness of the contraventions.

On 12thof October 2018, Cardiff Crown Court heard how the fire precautions in the premises were wholly inadequate; the premises lacked a fire alarm and emergency lighting, the stairway lacked the necessary separation from the kitchen area and combustible materials were being stored inappropriately.

Jing Zheng was well aware that the Prohibition Notice was in force but had chosen to disregard it and to permit others to sleep on the first floor of the premises.

The Right Hon. Judge Vosper QC in sentencing Jing Zheng acknowledged that the breaches of fire regulations posed a serious risk to life and that Jing Zheng bore the responsibility for these breaches.  He stated that a sentence of nine months’ imprisonment would be appropriate but that this should be reduced to six months in recognition of the defendant having pleaded guilty at the earliest opportunity.  After taking into account the defendant’s family circumstances and lack of previous convictions, the sentence was suspended for twelve months.

Jing Zheng was fined £10,000 and also ordered to pay full costs to South Wales Fire and Rescue Authority of £7,576 to be paid within 6 months, with failure to do so leading to imprisonment of 6 months.

Owen Jayne, Head of Business Fire Safety for SWFRS, welcomed the sentence handed down by the Court and commented:

“A large proportion of the Prohibition Notices Issued by SWFRS since relate to commercial premises with sleeping accommodation situated above them, and a high proportion of those are in respect of sleeping accommodation above takeaways and restaurants.  I would urge those responsible for such premises, if they haven’t already done so, to undertake a suitable and sufficient fire risk assessment to determine whether they are compliant with the Regulatory Reform (Fire Safety) Order 2005.

“SWFRS is keen to work with members of the business community to ensure work places are safe for their staff and member of the public.  We have a dedicated business engagement team whose purpose is to assist businesses and I urge them to contact SWFRS’ Fire Safety Department for advice and information.

“The decision to prosecute in this case was not taken lightly, however there was a serious risk to the occupants and this was attributed directly to the actions of Jing Zheng.  I am therefore pleased with the outcome of the case because as a result of our actions the tragedy of what could so easily have been multiple fire deaths has been prevented.”

South Wales Fire and Rescue Service is committed to making South Wales a safer place to live, visit and work within and part of its role is to enforce the Regulatory Reform (Fire Safety) Order 2005 and ensure all business premises and public places comply.  The Order applies to all non-domestic premises in England and Wales and a responsible person must carry out a fire safety risk assessment, as well as implement and maintain a fire management plan.