Community Interest Company Warm Wales have again been nominated for a prestigious industry award at the 2018 National Energy Efficiency Awards.

The energy efficiency champions, based on the Kenfig Industrial Estate in Margam, will have a chance to retain the award they won in 2017 after being nominated in the National Energy Consultant / Consultancy of the Year category.  The award, sponsored by alsecco, recognises an exceptional individual or company that advises businesses or homeowners about energy efficiency savings.

Recognition for Warm Wales comes after an eventful year which saw them launch an innovative Community Energy Champion (CEC) project across parts of North and South Wales. The CEC project, sponsored by Wales & West Utilities, is delivering free help and advice directly to the doorstep of households in need.

Project Manager Lindsay Murray explains how the project works. “In each of the areas where we run our Community Energy Champion project we partner with the local authority and a range of other organisations, these include; Dwr Cymru Welsh Water, Citizens Advice and the local Care & Repair branch. This partnership approach allows us to offer a wide range of help such as reductions on utility bills, fuel tariff advice, benefit referrals and home safety improvements, and help a large number of people make substantial savings.”

Warm Wales face stiff competition for the award which will be announced at a star-studded award ceremony to be hosted by Lenny Henry in Birmingham next month. Other nominees in the category include Northern Gas and Power, Home Energy Lanarkshire and CUB UK.

Warm Wales Director Jonathan Cosson is looking forward to the event. “We were delighted to be crowned Energy Consultancy of the year in 2017 and it is a real achievement to be nominated again.  The team at Warm Wales and our partners have worked extremely hard to launch our new community-based project and I am delighted that their efforts have been recognised by the nomination panel.” 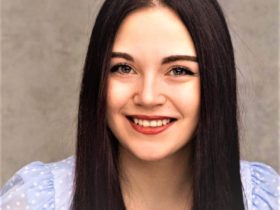