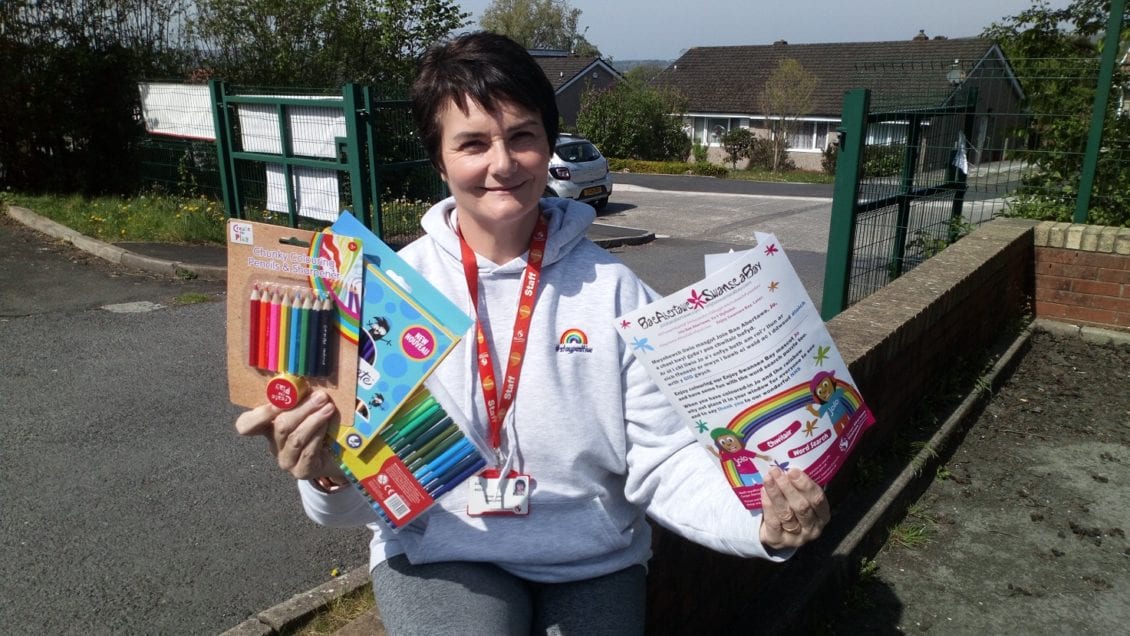 People who have lost a lower limb now have faster access to rehabilitation thanks to an innovative group at Morriston Hospital.

The strengthening and conditioning group for those with lower limb amputations was set up by physiotherapist Laura Braithwaite and has provided rehabilitation for patients across South West Wales.

“We are a multi-disciplinary team of physiotherapists, an occupational therapist and a specialist nurse.

“Before we started this group, patients would have been seen in our consultant clinic and then put on a waiting list to be assessed by a physiotherapist, which would take around 40 days.

“It was suggested that a group setting could be more beneficial and get patients seen sooner. That is when we came up with the idea of the strengthening and conditioning group.

“The majority of patients are now seen within a 14-day timeframe of hospital discharge, which means they can start the group before seeing the consultant, providing they are medically fit.”

Patients are usually seen at the strengthening and conditioning group once a week for a total of around six weeks.

The sessions are an hour long, but the team is flexible and will often host more than one session due to some patients having to travel long distances.

During the workouts, there are 10 exercise stations in total and patients will work for two minutes on each with a short break in between. All exercises are modified for each individual’s abilities.

“The patients seem to really enjoy and benefit from these sessions which is our main priority.

“These sessions have been running from December last year and patients are assessed via outcome measures on their first session and again on their last.”

The outcome measures assessments are in place to determine whether patients have improved physically, which means they can hopefully move forward to prosthetic limb assessment.

Some patients are unable to progress to this stage due to a range of reasons, such as long term or chronic medical conditions.

Eighty-five-year-old Gethin Griffiths from Swansea has had two amputations on the same leg in the last three months.

He said: “These sessions are great, this is my fifth week attending and I think they’re very beneficial.

“It’s given me more confidence in myself and I also like coming along to meet others who are in a similar situation.”

Each patient has the opportunity to give feedback at the end of the six weeks by completing a questionnaire, which staff can use to make any improvements or changes that are needed.

The team welcomes patient feedback as it helps to improve the service provided. Changes have already been made to the exercise structure thanks to the comments received from patients.

“Some patients didn’t like doing too many arm exercises one after another so we decided to change the order to suit their needs.

“The questionnaire also gives us an extra opportunity to find out if patients have found the group beneficial and if they like attending with others who are in a similar situation to themselves.

“The goal is to get each patient feeling fitter and stronger after having such major surgery.

“We want to make them feel confident and happy, and to increase their independence as some patients can be anxious about moving around post operatively.”

Patients will often feel these sessions greatly improve their day-to-day life, even if they do remain as wheelchair users.

Prosthetic assessment is carried out once the multi-disciplinary team is happy with progress and the patient will then be seen by the artificial limb team, which is also based at Morriston Hospital.

On completing the programme, patients undergo an in-depth assessment with the multi-disciplinary team at the Artificial Limb and Appliance Centre. The centre is based in the Specialist Rehabilitation Unit at Morriston Hospital.

Forty-eight-year-old patient Stephen Edwards from Bridgend, was very happy to see Gethin who was in the bed beside him while they were hospital inpatients following surgery.

Stephen said: “I’m quite active in day-to-day life anyway but I’m hoping these sessions will give me an extra boost.

“I was in the hospital bed next to Gethin and we had such a laugh, it really helped to take my mind off the situation so it’s nice to see him again.”