Leading bike share operator nextbike is highlighting the importance of its OVO Bikes scheme with a new campaign that sees Cardiffians take a starring role.

Nextbike has launched the campaign, which stars OVO Bikes customers and players from Cardiff City FC, to remind people how bike share can benefit the whole community.

Nextbike UK MD, Krysia Solheim, said bike share was one of the most accessible and affordable forms of transport available to get around Cardiff and the Vale.

“Since its launch in 2018, our OVO Bikes scheme has become an integral part of the local community. When we had to temporarily remove the bikes from the streets last year, we had hundreds of people tell us how much the scheme meant to them.

“We’ve always believed that the bikes belong to the local community, and that has been a large part of their success. We’ve tried to work with community groups wherever we could to ensure as many people as possible have been able to benefit from the scheme.

“This new campaign highlights exactly what OVO Bikes mean to people and it will be great to see customers and Cardiffians as the stars of the show,” she added.

The stars of the campaign include OVO Bikes customer Jackie James, whose image will be included on posters and adverts around the city. 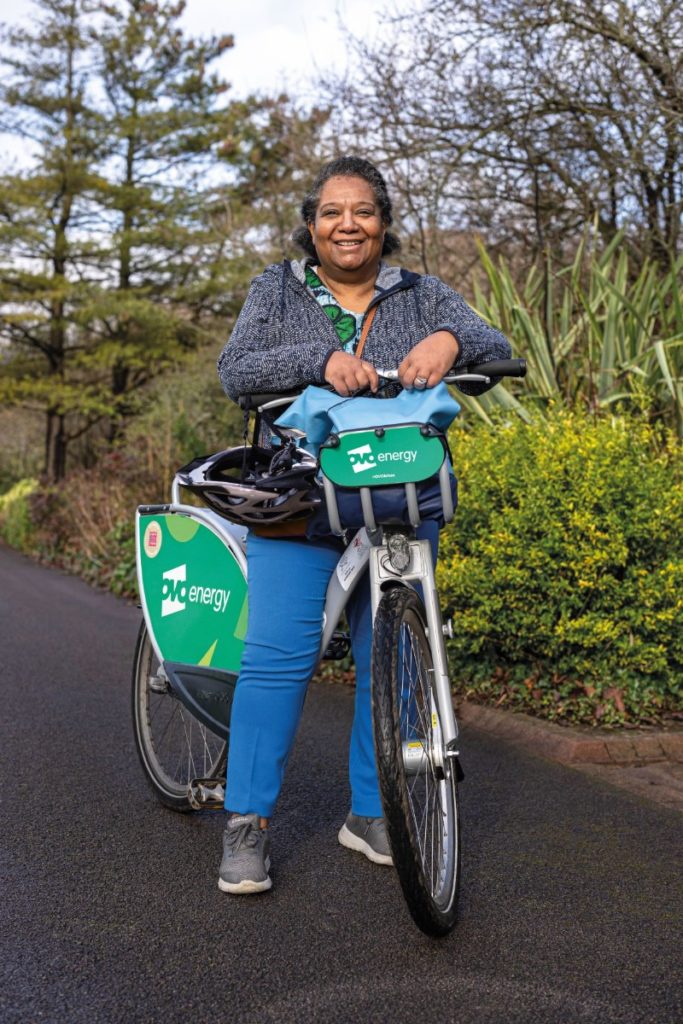 Jackie, pictured, who works for the charity Women Connect First – which nextbike partners with – uses the scheme regularly with her family. She said she was thrilled to be part of the campaign.

“I am so happy to be one of the faces of the campaign. As an older black woman, I can show others that riding is for everyone – no matter what age or ethnicity. It’s all about staying active and keeping healthy,” she said.

“As a family we all enjoy riding but don’t have the space to keep bikes so we use OVO Bikes on the various trails and cycle lanes that are around the city. It’s great for some enjoyable exercise and family time.

“For work I often use them for getting from one area to another as it means there’s no need to wait for buses or use petrol in the car. It saves me a lot of time and it’s healthy as I’m getting fresh air and exercise.

“Bike share enables workers, students, families – everyone – to get around easily. With the new changes to the road systems in Cardiff, biking has gotten a lot better and is something that I will continue to do.”

Fellow OVO Bikes customer, Cardiff University student Barzy, age 19, uses the scheme to ride around the university campus and to cycle to and from work as part of the CAMPUSbike package, which helps universities fund rentals for their students. His image will appear on the nextbike website.

Barzy said: “I’m delighted to be taking part in the campaign. What better way to big up your home city than to advocate the use of one of its best schemes to explore and get around?

“I also feel proud. If OVO Bikes take off again after this relaunch, then I’ll feel partly responsible, in my own little way.

“It gives me great peace of mind knowing that an OVO Bikes station is almost always nearby in Cardiff, allowing me the freedom to go anywhere in the city whenever and however slow or fast I want.

“Without the scheme, I couldn’t go out and expect to be somewhere entirely different, for free, almost instantly. Cardiff is walkable as it is – so to have 30 minutes of free access to a nextbike 24/7 is very reassuring for me, when I need to be somewhere at short notice. Plus – cycling is fun! My friends and I like to cycle home from Heath Hospital after lectures – this end-of-the-day exhilaration is something I definitely couldn’t experience without bike share!” 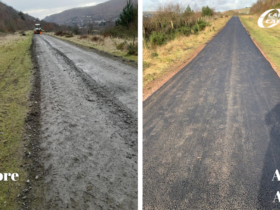