A North Wales company that champions the motto “Life without Limits” is expanding rapidly.

Mavericks Motorcycles started out five years ago as a specialist motorcycle repair and restoration business but has now grown into a 12,000 sq. ft. venue at Mostyn Road Business Park in Holywell with plans to double in size over the next year.

The venue, known as Mavericks Wales, now regularly holds events not just for motorcycle enthusiasts, but also for classic car lovers. There is even a 1000-strong Mavericks Women group and Mini Mavericks for younger enthusiasts.

The rapid expansion is also creating a significant number of full and part-time jobs in the local area with the total doubling in recent weeks to 26.

The business, founded by former marketing entrepreneur Richard Clarke, is unusual in that it is community-owned with more than 20 supporters investing in return for shares. The company has also received support from crowdfunding members, the Development Bank of Wales and was chosen to be part of Business Wales’s Accelerated Growth Programme.

Mavericks initially started out in Saltney before moving to its current home at Mostyn in 2020. The former chemical works had to undergo more than £1million of renovation to create the Mavericks Wales venue.

Richard, a keen motorcycle racer who wanted a change from corporate life, said: “It has taken over 100 supporters and three years of hard work and belief to get us to where we are today.

“I have been fortunate to have a great relationship with the landlord, who bought into our vision, and I also couldn’t have done what we’ve done without the members, shareholders, supporters, our most amazing staff, board of directors, management team and many other volunteers.

“This is about so much more than the motorcycles and classic cars. We have built an inclusive, welcoming community which is making such a difference to people’s lives.

“We have been a sanctuary for so many different people including those who have lost loved ones, who have mental health challenges or are suffering from post-traumatic stress disorder after leaving the armed forces.

“It is somewhere where parents comes with their children to bond and where so many new friendships have started. Our team pride themselves on knowing everyone’s name and always being ready to have a chat.”

Thanks to the support of the multinational brewery BrewDog, Mavericks Wales also became the first Alcohol Free bar in Wales as well as having its own on-site café and coffee shop.

Already this year, the venue has extended visitor parking to accommodate 300 vehicles and had a new kitchen facility installed to extend the food offering. The venue has over 50 events in the diary with more being added by the day.

Richard added: “The growth of the business is allowing us to create jobs for people from a diverse range of backgrounds. We have apprentices who have been affected by mental health issues and autism but have found their thing with Mavericks. Both will end up with qualifications that will set them up for life.

“It is scary how quickly the business has snowballed. We have become a destination and the key to our success has been the community we have built.

“Hopefully, this is just the beginning of a great journey. We see no reason why we can’t take the Mavericks brand elsewhere in the UK and, even, globally.” 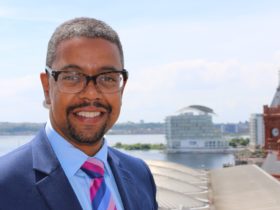