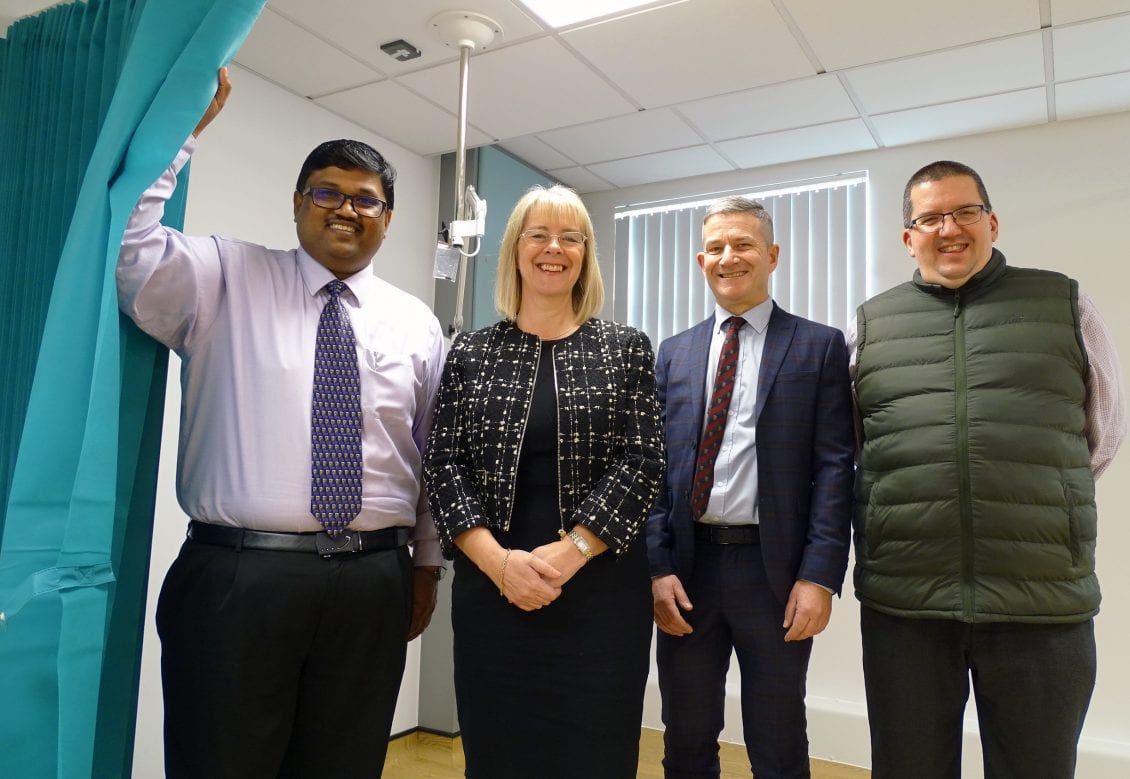 The Welsh Parliament’s Petitions Committee is set to discuss calls for a new plan for palliative and end of life care today, after more than 2,000 people signed the petition submitted by two leading charities.

The End of Life Care Delivery Plan ended on March 31, but despite a previous commitment from Welsh Government to prioritise care for the dying, Wales is now without a plan for those people for the first time in a decade, as a replacement is yet to be published.

Marie Curie and the Motor Neurone Disease (MND) Association launched a petition calling for a new strategic plan to be published at pace – signed by 2195 people across Wales when it closed on April 15.  The charities say we must urgently see some form of detailed action plan, ringfenced funding and more capacity to take forward previous commitments from Welsh Government to give end of life care the focus it deserves.

Marie Curie is urging the Welsh Government not to let ‘time run out’ for dying people across Wales.  The call comes after research by the Marie Curie Palliative Care Research Centre at Cardiff University found four out of five people across Wales (79 percent) think that end of life care should be given equal priority in the NHS as care for people in any other stage of life.

Jon Griffiths, supports his father caring for his mother who has motor neurone disease.  He said: “When Mum had her diagnosis, we were all in shock.  We were introduced really early on to our Palliative Care Consultant alongside our MND consultant.  Being able to have honest and open conversations about how the disease is progressing and planning ahead for each of the different stages has been a huge help to both Mum and to us as a family.  It makes it easier each time something has to be introduced to help her cope with her symptoms.  For people like us who are living with the daily reality of supporting someone we love to have the best quality of life, it’s important to me to know that the NHS is planning to constantly learn and improve the services that she and others receive to ensure the best possible care.”

Michael Gatt cares for his wife Sonia, who was diagnosed with a brain tumour in September.  He said: “Without the support we get from the District Nurses and the Marie Curie Nurses, I don’t know how I would cope, I’d be dead on my feet. I have a heart condition and depend daily upon the Marie Curie nurses for practical support and care for Sonia. Most importantly the social interaction with the different Marie Curie nurses has been outstanding and Sonia continues to respond positively enjoying their daily conversations. The positive effect of the social interaction on Sonia’s care is immeasurable and at this difficult time for us all has been exactly what Sonia has needed.”

Marie Curie Policy and Public Affairs Manager for Wales, Bethan Edwards, said: “Every year, thousands of people die in Wales having missed out on palliative and end of life care.

“The approach taken by the team supporting Jon’s mum, Mike’s wife and others like them has been honed and improved as a direct result of the end of life care plans that have been in place over the 10 years. Having strategic plans in place is vital in ensuring that people get the best care and support across the whole of Wales so that more people can have the best end of life experience possible.  We cannot afford delay in taking forward the next plan or we risk losing the focus and progress we’ve achieved over the last decade. We want and we need to  continue to improve, innovate and deliver even better services for dying people in Wales.

Motor Neurone Disease Association Policy and Public Affairs Manager, Sian Guest, added: “Motor neurone disease (MND) is a fatal, rapidly progressing disease which has no cure. Palliative and end of life care is vital for people with MND in Wales. Until March, the End of Life Care Plan for Wales helped ensure people living with MND didn’t miss out on vital support. We have joined forces with Marie Curie Cymru to call on the Welsh Government to start work on their new End of Life Care Programme. Access to an End of Life Care Programme soon after diagnosis is essential in ensuring people living with MND have choice and control over their life, as they do not have the luxury of time.”

Chairman of the Senedd Petitions Committee, Jack Sargeant, said: “I would like to thank Marie Curie and the MND Association for submitting this petition. It is a strength of our Senedd that individuals and organisations can submit a petition on a topical issue and ensure a Welsh Government response to it. I look forward to seeing how this petition will influence change and make a difference to countless people across Wales.”

Research shows that due to an ageing population and a rise in people living with multiple and complex conditions, that deaths are on the increase across the UK.  By 2040, the demand for palliative care is estimated to increase by 42 per cent in Wales and England.