Lockdown is raising concerns of an increase in substance misuse

A pioneering boys choir celebrated their fifth birthday in style with a rousing performance at an international music festival.

For around 15 members, who have been with the Aloud Charity choir since it was formed, it was an emotional final performance before they leave and head off to university or into the workplace.

The concert starring the 45-strong choir, made up of boys aged 11 to 19 from across North Wales, was sponsored by the arts-loving care organisation, Pendine Park via the Pendine Arts and Community Trust (PACT), which supports dozens of arts and community activities across Wales.

The choir was given a standing ovation as they brought the concert to a stirring conclusion with a beautiful version of the classic Welsh hymn, Calon Lȃn, with the arrangement by Tim Rhys-Evans, the founder of the Aloud Charity, which now has 14 choirs across Wales, including four in North Wales.

Mezzo-soprano Erin Rossington, from Llanfairtalhaiarn, near Abergele, who won the Pendine International Voice of the Future competition at Llangollen International Musical Eisteddfod, which was also sponsored by PACT, lit up the stage with a bravura performance.

Also starring in the concert was the hugely gifted young classical pianist Luke Jones, from Gwersyllt, near Wrexham, who was supported by Lord Thomas of Gresford OBE QC and The Baroness Walmsley, along with the Doniau Cudd (Hidden Talents) group from Canolfan Gerdd William Mathias which has bases in Caernarfon, Denbigh and Ruthin.

The festival will run until Saturday, September 28, and is being supported by the Arts Council of Wales, Tŷ Cerdd and Colwinston Charitable Trust.

Among the other highlights at the festival will be performances by Japanese pianist Yu Kosuge, folk groups Awen Celtica and VRï, vocal group The Gesualdo Six, mezzo-soprano Rebecca Afonwy-Jones, who will perform with resident orchestra NEW Sinfonia, and a chamber music morning concert featuring musicians from Ensemble Cymru and Welsh National Opera.

There will also be an evening celebrating the 85th anniversary of the festival’s founder William Mathias. His daughter, Rhiannon Mathias, will be joined by royal composer Paul Mealor, harpist Elinor Bennett, pianist Iwan Llewelyn-Jones and mezzo-soprano Ann Atkinson and performances will include the music Mathias loved by Debussy, Gershwin, Grace Williams and Mozart.

According to the Aloud charity’s North Wales manager, Eleri Watkins, it was both a fitting venue and festival in which to celebrate the choir’s anniversary as well as a way of bidding farewell to their departing members.

She said: “The Aloud charity was formed a decade ago in South Wales and then five years ago we formed the North Wales Only Boys Aloud choir.

“One of our first performances was in St Asaph Cathedral at the North Wales International Music Festival and it could have been our last too as the funding just wasn’t there. We were struggling to get the grants we needed to continue.

“However, we somehow managed to get through that difficult spell and we are now going from strength to strength and we will be recruiting new members throughout the next few months.

“Only Boys Aloud is now made up of some 200 boys who attend 14 choirs from Holyhead to Cwmbran. The choirs are led by experienced professional choral leaders and the local choirs meet every week during term times.

“In North Wales we have choirs that meet in Rhyl and Caernarfon every Monday and in Wrexham and Holyhead on Tuesdays. We bring all four choirs together once a term at Venue Cymru for a full rehearsal and once a year both the North and South Wales choirs come together.

“We are always looking for new members and there are no auditions or fees to pay, it’s absolutely free. At its heart the scheme aims to make a difference to the young men of Wales and help raise aspiration levels, self-esteem and confidence.

“It was a real honour to perform at the North Wales International Music Festival again. It’s going to be an amazing festival with some fabulous concerts and events.

“We were also delighted that our performance was sponsored by the Pendine Arts and Community Trust. Gill and Mario Kreft MBE have been huge supporters of Only Boys Aloud and we are grateful to them for their continued support.”

Pendine Park proprietor Mario Kreft MBE said: “It was an absolutely fantastic concert and a brilliant performance from Only Boys Aloud with whom I am familiar through my work with Care Forum Wales and the Wales Care Awards.

“We were delighted to see yet another brilliant performance from Erin Rossington who underlined exactly why she was such a worthy winner of the Pendine International Voice of the Future competition at Llangollen International Musical Eisteddfod, which we have sponsored for the past three years.

“The arts in general and music in particular provide the golden thread running through everything we do to enrich the lives of our clients and our staff.”

The festival’s artistic director, Ann Atkinson, said: “Only Boys Aloud are always popular and they treated us to a spectacular performance and showcased Welsh choral tradition at its very best.

“Doniau Cudd (Hidden Talents) is a creative music project for adults who have learning difficulties. The project was established in 2003 with the support of the Arts Council of Wales and Gwynedd Council Social Service Team.

“The project helps young people with learning difficulties to have an opportunity to take part in music activity after they have left school.”

She added: “It really is a busy programme this year and we are going to have the pleasure of enjoying some amazing music performed by talented world class musicians.” 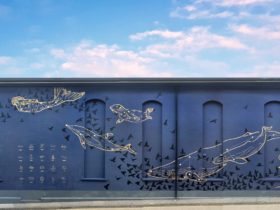 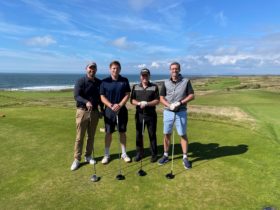 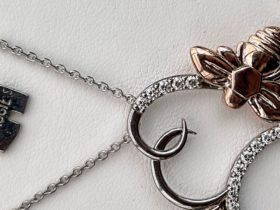