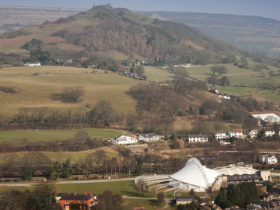 Detectives investigating a reported assault in the Roath area of Cardiff are appealing to trace the victim.

Members of the public reported seeing an assault take place on Plasnewydd Square at around 3.05pm on Saturday, 19 December.

The victim – described as a black man, approximately 5ft 11in tall, with short, dreadlocked hair and wearing a white top or jacket – was attacked by two men who exited a car on the street.

Following the violent attack, the men fled scene, and the victim left along with a woman who had been heard screaming to try and stop the attack.

A 50-year-old man has been arrested on suspicion of causing grievous bodily harm and is currently in custody in Cardiff Bay, and officers are keen to trace the victim to ensure he does not require hospital treatment.

Anyone who witnessed the incident, or who believes they may know the identity of the victim is urged to contact 101, quoting occurrence 2000458356.