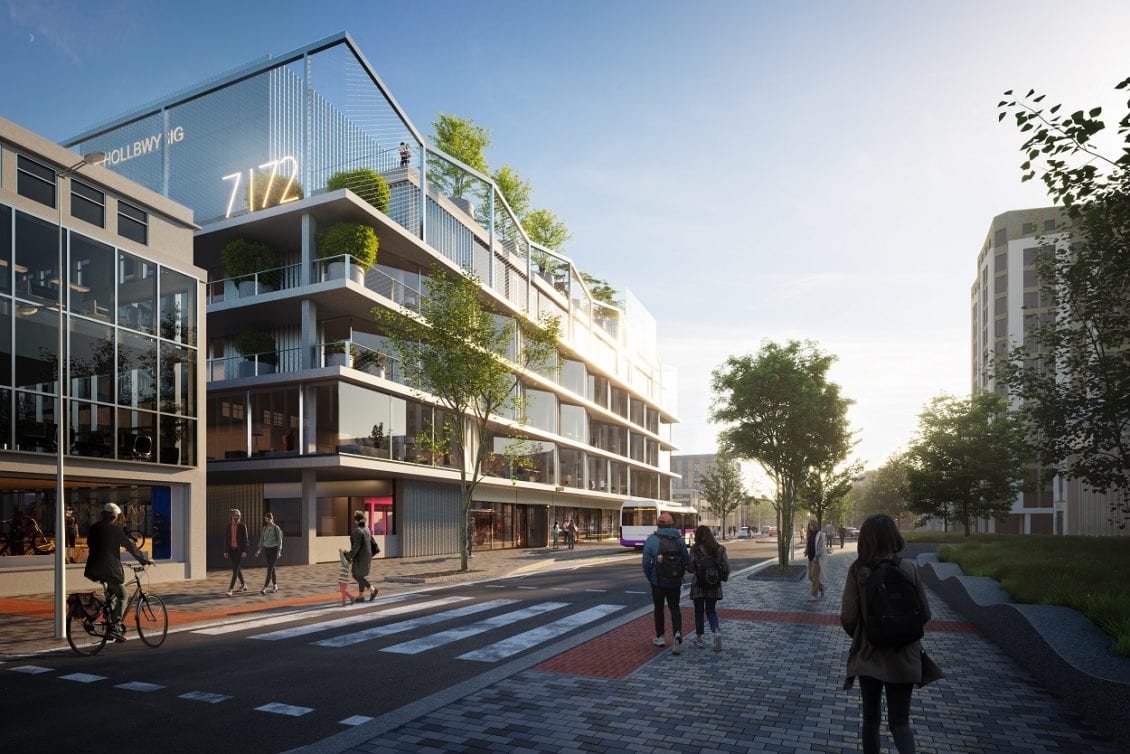 Joining from Swansea University, Dr Burnes will be tasked with overseeing delivery of the £1.3 billion investment programme throughout South West Wales.

Dr Burnes has held a number of senior positions at the university in the last 12 years. These include Director of Information, Services and Systems; Digital Strategy Development Manager; and Associate Director of Planning and Strategic Projects.

As the City Deal’s Programme Director, Dr Burnes will establish and lead a new City Deal Programme Management Office that will co-ordinate a portfolio of major projects across the Swansea Bay City Region, which is made up of Carmarthenshire, Neath Port Talbot, Pembrokeshire and Swansea.

The City Deal programme is aimed at creating conditions that attract business and stimulate economic growth for the City Region, making it an even more attractive place to live, work, do business and invest.

Worth £1.8 billion to the regional economy, the Swansea Bay City Deal will create over 9,000 jobs throughout the City Region in coming years.

Dad-of-one Dr Burnes is a former pupil of Gowerton Comprehensive School in Swansea. The 42-year-old has a master’s degree in public service management and a doctorate in nanotechnology. As part of his undergraduate management degree at Swansea University, he spent a year living and studying at Brock University in Ontario, Canada.

Dr Burnes said: “I’m extremely excited by the prospects that the City Deal has to offer and am looking forward to getting started in my new role. The Swansea Bay City Region has so much potential for economic growth, and I feel my background in project, programme and change management across a diverse range of areas will positively impact the projects within the City Deal. These include digital advancements, economic growth, energy, health and well-being, and skills and talent development.

“I’m from the Swansea Bay City Region. I was born here, educated here and have worked here for many years, so I’m passionate about the area and what can be achieved to benefit residents and businesses in all our communities if we work together and focus on the right things.

“The City Deal is just the start of a journey that will be hugely advantageous for the region and Wales, with the programme focussing on our regional strengths to act as a catalyst for further investment, projects, skills and high-value jobs.

“Communications and engagement will be critical to ensure everyone throughout the region feels part of the investment journey, with as many opportunities as possible for our people and businesses to benefit.”

“The City Deal has the power to improve local people’s lives by turbo-charging our economy, creating thousands of well-paid jobs, equipping our businesses with the facilities they need to thrive, and attracting significant further investment to the region.

“Its importance can’t be overstated, which is why senior, proven leadership skills and an extensive background in project management and partnership working are so vital for the Programme Director position.

“Dr Burnes brings impressive experience in these areas, along with passion and ambition for the region where’s he from.

“His appointment is yet more progress for the City Deal, with the first phase of City Deal funding worth £18 million having also been released very recently.”

Projects due to be part-funded by the City Deal include the Swansea City and Waterfront Digital District, the Yr Egin creative and digital cluster in Carmarthen, a Life Science and Well-being development in Llanelli, a network of Life Science and Well-Being Campuses,  Pembroke Dock Marine, and a Supporting Innovation and Low Carbon Growth programme in Neath Port Talbot that will focus on decarbonisation and the future of steel.

Regional projects include Digital Infrastructure, Homes as Power Stations and a Skills and Talent Initiative that will put pathways in place for local people to access the thousands of jobs the City Deal will create.