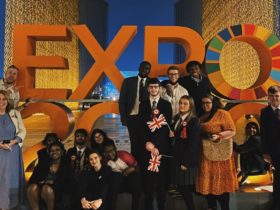 Students from Treorchy Comprehensive School were invited to join the First Minister of Wales, The Rt Hon Mark Drakeford MS at the Wales National Srebrenica Commemoration Event at Cardiff and Vale College on Wednesday  6th July, after being awarded Youth Ambassador Status for a series of innovative projects and campaigns aimed to educate peers and the community.

The students were awarded the status last week at a presentation evening hosted at the Parc and Dare Theatre, Treorchy, by Rhondda Cynon Taf Mayor Councillor Wendy Treeby, after taking part in an innovative new pilot programme run by RCT Community Cohesion Officers.

The Youth Ambassador Programme is accredited and pupils who take part have the opportunity to gain a qualification for time, effort and work produced as well as obtaining a status certificate, demonstrating a commitment to challenging discrimination and promoting cohesion in Treorchy and the surrounding communities as Youth Ambassadors.

As part of the project, the pupils taking part attended training days with Abi Carter (Forensic Archaeologist, co-chair of Remembering Srebrenica Wales and voted as one of the most influential women in Wales) and Deputy Chair Geena Whiteman, who talked to them about Hate Crime and genocide, specifically the genocide that occurred in Srebrenica, Bosnia 1995.  The pupils were then tasked with developing a project to commemorate the lives lost in Srebrenica and raise awareness of the genocide and war crimes that occurred there.

The projects were presented last week during a Presentation Evening at the Parc and Dare Theatre, Treorchy. The evening was attended by the Mayor, Chief Inspector for Community Safety, Abi Carter and Bosnian survivor Alina Reis, who acted as a panel of judges to choose a winning project. All of the projects were outstanding, with an impressive amount of effort put into the campaigns by the pupils.

“The name Srebrenica has become synonymous with those dark days in July 1995 when, in the first ever United Nations declared safe area, thousands of men and boys were systematically murdered and buried in mass graves. The victims, who were Muslim, were selected for death on the basis of their identity. This was the worst atrocity on European soil since the Second World War.

We pride ourselves on our tradition of welcome in Wales, but the memory of Srebrenica is an important reminder of where discrimination, exclusion and the promotion of hatred and extremism can lead. We are committed to tackling all forms of hatred and intolerance in Rhondda Cynon Taf, and we are proud to follow the lead of our young people in this regard.

I feel confident that the future of our communities are in safe hands when young people in Rhondda Cynon Taf show such initiative, curiosity and passion.

I would strongly encourage residents who want to learn more to visit the Remembering Srebrenica exhibition in Cynon Valley Museum, available to view until July 11th. 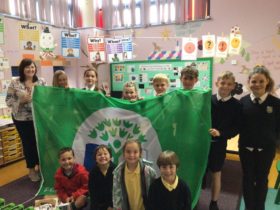