The first ever Qatar Airways flight jetted into Cardiff Airport, marking the start of a new direct route between Wales and the Middle East.

Passengers travelled on the inaugural flight from Hamad International Airport, Doha which was operated on the ultra-modern Airbus A350-900, whose wings are made in Wales. Going forward, the regular service will operate on a Boeing 787 Dreamliner, which offers a two-class configuration including 22 seats in Business Class and 232 seats in Economy Class.

Today marks the start of an exciting new route with 5* airline @qatarairways, following a successful inaugural flight on an Airbus A350 with Welsh wings.

A fantastic day all around and exciting times ahead as passengers can now enjoy a regular service to Doha and the world! pic.twitter.com/HUdKWqJDgR

To celebrate this momentous occasion, the aircraft was greeted with a traditional water salute while Only Boys Aloud welcomed the airline’s Group Chief Executive with a rendition of Welsh songs at the aircraft steps.

From today, the world-class, 5-star airline renowned for quality and excellent customer service has introduced a direct service to Doha, Qatar that will link Wales the South West of England to significant global markets across the world including Australia, New Zealand, Africa and Asia.

We have touched down! Qatar Airways’ @Airbus A350 inaugural flight to Cardiff, the capital of Wales, has arrived! https://t.co/xe9XSkhOzu#CardiffTogether pic.twitter.com/mDgakVHp9S

“This is a pivotal moment for Cardiff Airport, for Wales and the South West of England. The far reaching consequences of this service for passengers and businesses will be transformational.

“I sincerely thank H.E., Mr. Akbar Al Baker, for the trust he and Qatar Airways are placing in us. I am confident that the team at Cardiff Airport will deliver a world-class service with Qatar Airways for all of our passengers both visiting Wales and those travelling across the world.

“The critically important relationship between Qatar, Wales and the United Kingdom is substantially strengthened today.”

“I am delighted to welcome the first Qatar Airways flight from Doha to our capital city, Cardiff.

“The new direct service between Cardiff and Doha is a huge boost for Wales. It will open up Wales’ links with the rest of the world and deliver new economic, leisure and travel opportunities for Welsh businesses and the people of Wales.

“The first direct flight from Cardiff to Qatar plugs Wales straight into an area of massive investment and an airport with 150 onward destinations around the world. This is the fast track for Welsh companies doing business in the Gulf.

“Qatar is the UK’s third largest export market in the Middle East and accounts for £35 billion of existing investment. Passengers disembarking from the first direct flight from Doha to Cardiff will get the unmistakable message that Wales is open for business.” 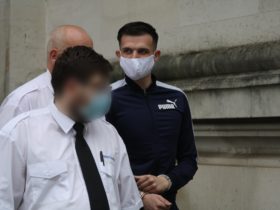 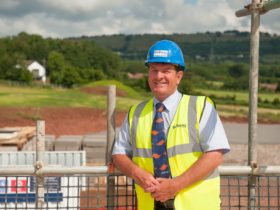