Workers in Wales must earn £9 an hour if they are to earn a wage that covers the cost of living.

There are more than 170 Welsh Living Wage employers that pay staff enough to live on, including newly accredited Aberystwyth University. As the new real Living Wage rates increase to £9 around the UK due to rising living costs, their lowest paid staff will get a pay boost. The Living Wage rates are independently calculated and based on the real cost of living.

Including branches of other Living Wage organisations, there are a total of 603 employers in the region who go further than the minimum, including Barclays, IKEA, Majestic Wine, Lush and Nationwide.

Living Wage employers in Wales have welcomed the news of the increased rate.  A range of events have been arranged to celebrate Living Wage Week and encourage more employers to accredit, involving the First Minister (Carwyn Jones AM), Cabinet Secretary for Finance (Mark Drakeford AM), and the Leader of Cardiff Council (Cllr Huw Thomas).

“Today’s announcement of a rise on the hourly rate is a significant pay rise for thousands; this will be of huge benefit to Wales’ economy as well as to individuals, helping to tackle the issue of in-work poverty. We are committed to promoting the adoption of the Living Wage across our nation and building on the achievements made already.

“We recognise fair work and fair pay can help achieve a stronger, more inclusive economy, and that’s why I established a Fair Work Commission earlier this year. I would encourage everyone to send their experience to our call for evidence – people’s personal views and experiences will give an effective voice, shaping the future success of our workforce.”

“We are making steady progress towards our goal of making Wales a Living Wage economy, with a 55% increase in the number of employers choosing to accredit with the Living Wage Foundation over the past year, and a strong pipeline of organisations taking tangible steps in the right direction. A quarter of workers in Wales still earn a poverty wage, and that is a big problem.  What is worse is that many of their employers receive support from the taxpayer.  It must not be the case that public money subsidises poverty pay – so we call on every employer that receives public money in Wales to work with us to accredit as a Living Wage employer by the end of the Assembly term in 2021.”

“Aberystwyth University is one of the biggest employers in Mid Wales, with more than 2,000 full-time and part-time staff. We value the contribution they make to all areas of campus life, and their dedication and commitment underpins the success of our institution. Our decision to adopt the real Living Wage reflects our principles and values as an ethical employer and we are now working to support responsible employment practices throughout our supply chain.”

“The Living Wage campaign is about tackling the rising problem of people paid less than they need to live. Responsible businesses know that the government minimum is not enough to live on, and today’s new Living Wage rates will provide a boost for  thousands of workers throughout Wales.

“Employers that pay the real Living Wage enable their workers to live a life of dignity, supporting them to pay off debts and meet the pressures of rising bills. We want to see local councils, universities, football clubs, bus companies and the other major public and private sector employers in every city commit to become real Living Wage employers. When they do, thousands of people get a pay rise, but other local employers also follow their lead. If more of these institutions step up, we can start to build true Living Wage places.”

“I am really pleased that the real Living Wage movement is growing in Wales, we have had some excellent organisations accredit over the last few months and it’s heart-warming to see so many people benefiting from an increase to their monthly pay. I look forward to working with all our employers to get Wales’ total to 200 by the end of the year.” 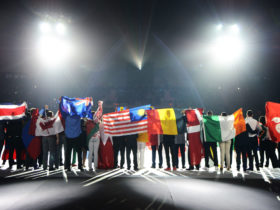 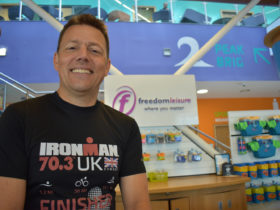 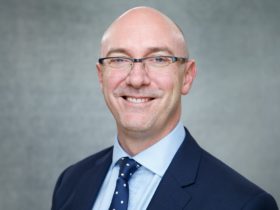