Actor Matthew Rhys, an Into Film Cymru Ambassador, has announced to Olchfa School pupils in Swansea, live from New York, that Wales had achieved a record number of nominations for the prestigious Into Film Awards.

Taking place in London’s Leicester Square on 18 March, the Into Film Awards is an annual celebration of young filmmaking talent, with categories designed to highlight the large pool of young creatives in the UK.

This year’s nominees who will make up the strong Welsh contingent attending the star-studded, red carpet event will be:

Matthew Rhys on announcing the nominations for the UK-wide awards, told pupils: “We are a small nation of three million people – there are cities that are bigger than that. Our strong story-telling culture may go some way to explain why we Welsh do so well during awards season.

“Whether it’s the Golden Globes, where you see the big names of Taron Egerton, Jonathan Pryce or Anthony Hopkins getting recognised, or at the Into Film Awards, where Welsh students and teachers are clocking up record number of nominations, we punch above our weight as a nation, and I couldn’t be prouder.”

Among the pupils was one of the nominees, Cai, for his work reviewing films. Speaking after the Q&A with the famous actor, Cai said: “I’m surprised to have been nominated and did not expect Matthew Rhys to announce my name live from New York. For him to take time out of his busy schedule to speak with us today was fantastic, and to be recognised like this has meant a great deal to me.”

The Into Film Awards, now in their seventh year, are organised by Into Film, a film education charity supported by the BFI with National Lottery funding, and made possible with support from the film industry through sponsorship: www.intofilm.org/awards.

Non Stevens, Head of Into Film Cymru, said: “We are delighted that, this year, we have a record number of nominations from Wales, demonstrating the talent we have here in Wales. We are incredibly lucky to have Into Film Cymru ambassadors, such as Matthew Rhys, who give their time so freely in order to nurture the next generation of talent – be they actors, producers, set-designers, or make-up artists.

“The aim of our UK-wide Awards is to promote the power of film and highlight how the scope of Into Film work can contribute to the educational, cultural and personal development of children and young people. 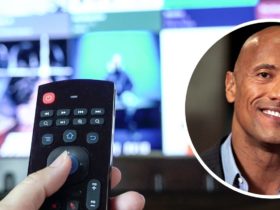