A study also found that 75 per cent those self-isolating said no one from the contact tracing service checked on their wellbeing while they isolated and 60 per cent either hadn’t heard about the £500 self-isolation support scheme or didn’t know how to apply for it.

But the researchers discovered that despite these challenges, compliance with self-isolation was very high, with 80 per cent fully complying with guidelines and just 1 per cent reporting they didn’t self-isolate at all.

The study, carried out on behalf of the Welsh Government/Senedd Cymru, offers insight into the financial, social and emotional impact of self-isolation, and sets out what needs to be done to better support individuals and their families during this difficult time.

Dr Williams said: “We found that self-isolation was negatively impacting many people’s mental health.  In many cases, losing that little bit of freedom, for example the ability to go out for exercise or to the shops for essential items, made a big difference to their emotional wellbeing.  Although most people were able to get what essentials they needed from friends and family, self-isolation to some felt ‘claustrophobic’ or like being in ‘prison’.

“Our research suggests that compliance with self-isolation was very high, but also there is a minority who are not complying to varying degrees.  Amongst those not sticking to the rules, there was a spectrum of behaviours from those who didn’t self-isolate at all, to those who went out for the odd jog at 5am in the morning.”

The study’s other findings include:

Dr Dienes said: “It was clear from our results that the majority of people are adhering to the request to self-isolate and feel the instructions were clear, but they need more support to self-isolate, both financially and emotionally.  A greater emphasis on the Protect in Test, Trace, Protect is needed.

“Additionally, we need to reach the small group of people who feel they are unable to self-isolate, understand their reasons, and provide them with needed support.”

It combined quantitative questionnaires with qualitative interviews conducted in December 2020 and January 2021. It included both those who self-isolated as a result of testing positive for coronavirus, those contacted directly by NHS contact tracers after being identified as a positive case or a close contact, as well as those who were advised to self-isolate via other means such as the NHS contact tracing app.

Dr Williams added: “We recommend that all those being asked to self-isolate should receive more consistent advice and support across the board to help protect their financial security and mental health during self-isolation.

“This could help to systematically identify those who may be in need of further support but who are unaware of what resources are available to them.” 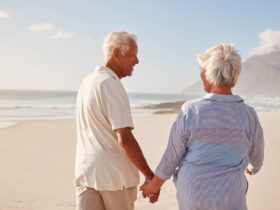 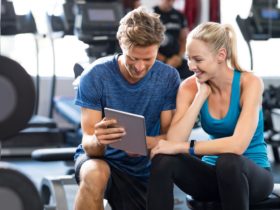