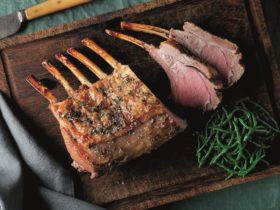 Masterclass support for hospitality businesses as the sector reopens

Business is booming for a fast-growing self-storage company which has just re-opened one of its Wrexham storage parks after a £150,000 refurbishment.

That included an extension to their Whitegates facility, on the town’s Queensway, by Lock Stock Self-Storage which has more than doubled its capacity to 130 units with a quarter of a million cubic metres of storage space.

The remodelled centre re-opened this month and already the units are being snapped up, according to Denbigh-based Lock Stock’s Chester and North East Wales Sites Manager Mike Trow.

He said: “This was one of the company’s first sites and opened in 2003 and we added a second site on Ruabon Road four years ago and its 180 storage units are now full.

“We wanted to refurbish this site and we have also managed to acquire an adjoining site which meant we could move our existing tenants and 62 units there to minimise disruption to them and add another 70 units.

“It has meant new fencing and electronically-operated gates which means our customers can access their units 24/7 and we have used computer software to create a new, more efficient layout.”

The latest expansion comes after Lock Stock opened the first phase of their new Interlinq storage park just off the A55 at Sandycroft on Deeside, in February while they also expanded onto the Go Outdoors site at Saltney last year.

The Sandycroft site is their second in the village and on it they also have planning permission for eight office spaces on the second floor of a two-storey construction with the upper-level units converted into 1280 square foot office spaces, fully insulated and fitted with air-source heating systems.

Mike Trow added: “We have seen incredible demand across all our sites across North Wales and in the borders where we have sites in Shrewsbury and Oswestry and much of it has been driven by the housing market as people look for storage ahead of moving home.

“But a significant proportion of our tenants are small businesses, many of them in the building trade, and they are also experiencing a boom in demand.”

Lock Stock Operations Manager Stuart Bowker said: “Increasingly we are seeing businesses, especially small businesses using our sites because they have storage needs and with three different sizes of units they’re ideal whether people are looking to grow or to downsize.

“Businesses can easily operate from a storage unit, calling there to stock up in the morning before going out to jobs and that is one reason we plan our sites very carefully so that our customers can easily access their units 24/7.

“We respond to demand and where it is coming from and if it is from somewhere where we need more capacity then we look at opening new sites or extending our existing premises and happily that has been possible here in Wrexham.”

Lock Stock, founded in Denbigh in 1999, is the UK’s largest containerised storage company with over 3,000 units providing over four million cubic feet of space at 22 parks across North and Mid Wales and the border counties.

Their existing sites stretch from Holyhead and along the North Wales coast at Caernarfon, Bangor, Llandudno and Rhyl, on the Dee at Flint, Saltney, Deeside, Sandycroft and inland at Denbigh, Mold, Wrexham and Newtown in Powys, and at Oswestry and Shrewsbury in Shropshire.