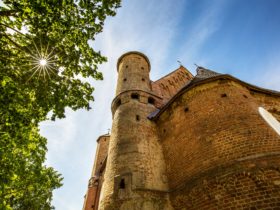 Best Places to Visit in Wales

South Wales Police officers, staff and volunteers have been recognised in the New Year honours list.

The following have been honoured for their dedicated service to the communities of South Wales:

Reacting to the honours, Chief Constable Jeremy Vaughan said: “I’m delighted that the efforts of South Wales Police officers, staff and volunteers have again been recognised in the New Year honours list, and I’m thrilled for Tim, Richie, Steve, Glynne and Robert.

“Those who give such dedicated service to their communities don’t do it for the recognition, but I hope they can take great pride in the fact that they have been honoured.

“Their service will have inspired so many others, too, and I’m grateful for what they have done – and continue to do – to ensure that South Wales Police is the best organisation it can be at serving and keeping our communities safe.”

Sergeant Tim Barrell, from the community safety department in Swansea and Neath Port Talbot, said he was “surprised and honoured” to be receiving the Queen’s Police Medal.

He added: “I am incredibly proud of being a police officer and I am as passionate about the job, and providing a service to the public, as I was when I joined over 20 years ago. I am still excited to drive to work wondering what the day will bring.

“Policing is a difficult and challenging role and is all about team work and this award is testimony to the fantastic people that I have worked with over the years to provide that service to the communities of South Wales.”

Sgt Barrell also extended his thanks to those who had nominated him for the honour.

Detective Constable Richard Paskell, who has balanced his role in South Wales Police with being a volunteer with organisations including Mountain Rescue and St John Ambulance Cymru, has been awarded an MBE.

He said: “It’s incredible, phenomenal. I still can’t believe it. I am over the moon, truly humbled.”

The 43-year-old, who has been volunteering since the age of 16, was a long-time member of Western Beacons Mountain Rescue Team and has been Chief Volunteer with St John Ambulance Cymru since January 2020. He has paid tribute to those close to him who have helped him devote much of his spare time to volunteering.

DC Paskell added: “Since I was 16, volunteering has been a major part of my life and who I am. I’ve missed Christmases, birthdays and anniversaries, but have never regretted a moment of my volunteering career.

“Without the support of my colleagues, bosses, and especially my wife and kids, it just wouldn’t have been possible.”

Police staff member Steve Jones, who has been awarded a British Empire Medal in the New Year honours, said he initially thought that notification of his award was a prank.

Steve, a systems auditor and analysis manager who has been with South Wales Police since 2008, has been recognised for his services to policing.

He said: “I am really chuffed. It’s something I see once or twice a year on the news, but I didn’t ever expect to receive anything myself.

“I thought it might be a prank – I still do! It didn’t really enter my mind that it was serious.

“As hard as the entire team is working, I do feel a bit like I have been awarded something that’s really to be shared between us all.”

Force chaplain Reverend Glynne James has been recognised with a New Year’s honour – after almost six and a half decades of public service.

Reverend James, 81, a veteran of the armed forces who also spent more than 30 years as a police officer, will receive a British Empire Medal.

Glynne was drafted into the naval forces as part of conscription as a teenager, before later being transferred to the Fleet Air Arm where he worked as an aircraft electrician.

In 1964 he became an officer with Swansea Borough Police, eventually retiring as an officer from its successor force – South Wales Police – in 1996. He went on to spend another nine years as a force welfare officer.

Ordained in 1985, Glynne has also served as the force chaplain since 1996. During his time in the role, he helped establish the memorial gardens at force headquarters, and has also been involved in recruiting and training more police chaplains.

He also leads the events such as force’s annual Remembrance Day service, including a socially distanced version last month.

Describing his reaction on being told he was to be recognised with a British Empire Medal, Glynne admitted: “It’s all come as a bit of a shock.

“I opened the email and at first thought it couldn’t be for me.

“But it was very touching, and humbling, that someone has had this tremendous trust and faith and belief to have nominated me.

“You ask yourself, ‘what have I done to deserve this?’.”

Robert Davies is to receive a British Empire Medal as recognition for his continued service as a volunteer police officer.

Special Constable Davies joined our ranks in July 1988 and has carried out the role in the Neath, Port Talbot and Swansea areas ever since.

Robert said he was truly privileged and felt honoured to have been nominated to receive the award.