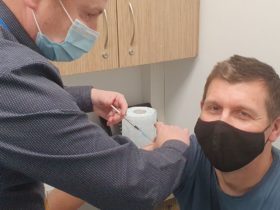 SPECIALIST advisors are wanted to help maximise the impact of the £1.3 billion Swansea Bay City Deal.

Subject to approval at a meeting of the City Deal’s Joint Committee on Tuesday July 30, expressions of interest will soon be sought from experts in a number of sectors.

When needed, successful candidates will advise City Deal leaders including a private sector Economic Strategy Board and the decision-making Joint Committee.

The appointment of the specialist advisors is among the recommendations of recent reviews into the Swansea Bay City Deal to help with its delivery.

Cllr Rob Stewart, Joint Committee Chairman, said: “We have accepted all recommendations arising from the recent reviews, which shows the determination of City Deal partners to deliver as soon as possible.

“Worth over 9,000 well-paid jobs to the Swansea Bay City Region, the City Deal presents a once in a generation opportunity to boost our economic prosperity.

“The Economic Strategy Board has given invaluable advice to Joint Committee since first being established, but the appointment of specialist advisors will bring even more expertise to the table. This will help maximise the City Deal’s impact for the benefit of residents and businesses in all parts of Carmarthenshire, Neath Port Talbot, Pembrokeshire and Swansea.

“Specialist advisors are being sought in fields linked to City Deal themes, as well sectors including local development, transport and tourism, which have been identified as key areas for improvement or growth in South West Wales.”

Mr Tomp said: “I’m extremely pleased with the membership of the Economic Strategy Board, which is a particularly well-qualified, diverse group of private sector experts.

“But to further improve the City Deal’s impact in coming years, I’d encourage expressions of interest – once available – in the advisor positions from professionals with speciality in any of the themes that have been identified.

“These positions will offer a great opportunity to be involved in a programme of investment that can generate a considerably more prosperous City Region in coming years.”

The City Deal is being led by the four regional local authorities, the two regional health boards, Swansea University and the University of Wales Trinity Saint David.