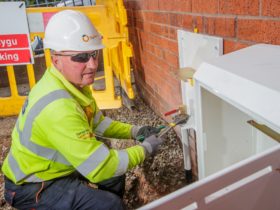 A pair of Triathletes at Rydal Penrhos marked their last official competition for the school with an outstanding performance.

Upper Sixth Formers Mollie Smithfield and Samiya Garrod travelled to Nantwich to compete at the UK Triathlon Cheshire event on Sunday, May 20, which featured some of the best young talent from across the region.

The race consisted of a 200-metre swim, 21-kilometre bike ride and 2.5km run in extremely testing conditions due to the intense heat throughout.

After a fiercely competitive race, Mollie managed to secure a third placed finish thanks to her outstanding commitment that secured a time of one hour, seven minutes and 12 seconds.

She also managed to achieve the fastest overall times in both the swim and run legs during the competition.

There was further cause for celebration thanks to an incredible performance from Samiya, who was hot on the heels of Mollie and crossed the line in fifth, recording a time of one hour, ten minutes and 58 seconds.

This included the second quickest swim time and third fastest run to mark a memorable competition for the duo.

Both Mollie and Samiya have been working incredibly hard in the lead-up to the event under the guidance of Rydal Penrhos’ dedicated staff, which include early morning swim sessions and endurance work at the school’s strength and conditioning department.

“These two have been at the forefront of the fledgling triathlon scene here at school since their arrival in 2016, and I would like to pass on his appreciation for their efforts over the past two years.

“I am looking forward to following their results at university, and well done to everyone who raced at the weekend.”