They may be seen as the ones least vulnerable to transmission and the negative health impacts of Covid-19, but pandemic restrictions disrupted young people’s education, physical activity and opportunities to socialise.

How greatly their wellbeing was impacted was influenced by gender, ethnicity and deprivation, according to new research which surveyed young people’s experiences.

Information was collected by population data science researchers at Swansea University over five months from September 2020, a period which included schools closures.

They set out to explore predictors of wellbeing for children and young people during Covid-19 to provide recommendations that spanned from primary school to higher education.  This is particularly relevant as schools return and lockdown is relaxed.

Younger children expressed their need for play and to see friends while older children and young people asked for more support with anxiety and educational pressures.

Data collection was facilitated by the HAPPEN Network using the HAPPEN At Home Survey and the Covid & Young People Survey led by researchers from the National Centre for Population Health & Wellbeing Research.

Both surveys captured the typical health behaviours of children and young people aged from 8 to 25. The combined surveys had a total of 6,291 responses from 81 education settings across Wales including primary and secondary schools as well as sixth forms, colleges and universities.

The results showed wellbeing to be highest in primary pupils and boys, and lowest in those who were at secondary school, girls and, those who preferred not to give a gender.

The team’s findings are currently under review and have been published as a pre-print on MedRxiv, a site used by researchers to share new findings on timely issues before they have been peer-reviewed for publication in a journal (*more information below).

Among primary pupils, higher levels of wellbeing were reported by those who played with friends, lived in areas of low deprivation, and had more sleep. Among secondary school children, girls and pupils of mixed ethnicity, reported higher levels of anxiety.

Children said they would like to be able to play with their friends more which illustrates why protecting play, socialisation, and opportunities to be active is paramount to avoid widening inequalities and ensuring wellbeing remains a priority.

Dr Michaela James, from the National Centre for Population Health, said: “It is important that education settings recognise the importance of the wellbeing of their students and prioritise their wants and needs rather than focussing on education ‘catch up’ and assessment pressure.

“It is clear that young people want to be with their friends, to play and be active, with greater access to mental health support going forward and we need to protect these opportunities.”

For older children, more support with mental health – due to anxiety and pressure to achieve when learning online – is needed.

The team said it was evident that online learning was a cause of anxiety for secondary school pupils so the return to school needs to ensure a smooth transition back to face-to-face teaching with the need to remove the pressure placed on assessments and attainment and focus on wellbeing as a priority and support for prospects.

Among responses reported were:

The team believe this identification and support could be invaluable for preventing the long-term consequences on children and young people, as well as identifying recommendations that can be utilised given any future lockdowns.

Dr James added: “As school children return to classrooms, it is important that wellbeing is put high on the agenda and that we recognise how best to suit young people’s needs at different ages.” 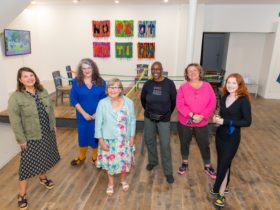 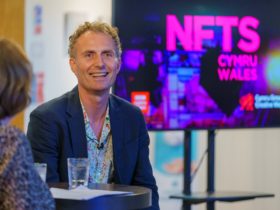