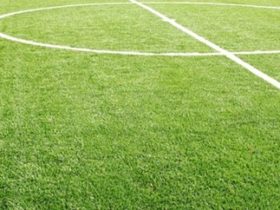 What are the most popular winning predictions for Super Bowl 2022? Who is likely to win the championship and what else can we expect? Predicting the outcome of the LVI of the 56th Super Bowl is not an easy task, especially in the early look of the season. If you are interested in reading Super Bowl 2022 predictions and create your betting strategy around it, check them out below.

The Green Bay Packers and the Buffalo Bills

In case Tom Brady comes back to join the Buck, there might be a likelihood that they could win the championship. However, the chances of that happening are slim, so putting all you got on the Bucks might not be a smart idea. Moreover, if we take into consideration big cash the Green Bay Packers and the Buffalo Bills are also not among the top favorites. In other words, the Peckers are priced at +900 and the Bills at +1200.

Another team that is highly popular and also one of those teams that confuse the analysts is the Los Angeles Rams. What makes the team popular are the star players such as Jalen Ramsey, Matthew Stafford, and Aaron Donald. Matthew Stafford became a part of the team in 2021 when Jared Goff joined the Lions. Apparently, this season is all about the offense with the Los Angeles Rams and not to mention Cam Akers’s promising performance.

As a matter of fact, the team has a better offense than they did during the last few seasons. On the bad side, the Rams value dropped significantly after the Matthew Stafford trade. Before the trade, they were at +2000 and now they are at +1200, which looks pretty low.

The San Francisco 49ers have had some issues with injured players in the last season, however, they might not disappoint their fans after all. With a quarterback such as Jimmy Garoppolo, they might face a successful season even at +1600. Also, the Pittsburgh Steelers and the New Orleans Saints had some quarterback and salary cap problems, so their performance might not be as expected.

Another great news is that Ronnie Stanley will go back to the Baltimore Ravens, which means more talent in the secondary and a chance for bigger success in the postseason – although the value at +1200 doesn’t seem enough.

When it comes to J.J. Watt signing with the Cardinals, this might be a significant change for the team. But, the chances that the odds at best IL online sports betting sites will change in favor of the Arizona Cardinals are slim, especially since we are talking about a defensive player. This will probably not affect the current Cardinals’ odds to win the Super Bowl.

If you are considering betting on the Super Bowl 2022 winner, you should know that the Kansas City Chiefs could give a return of 20/1. They are one of the favorites, together with their player Patrick Lavon Mahomes. Keep in mind that the +600 looks pretty promising.

In addition, the Seattle Seahawks at +2200 might need to fix a few things like keeping Wilson from being one of the most-sacked quarterbacks. Their coaching staff makeover and getting a new player Shane Waldron might help them win the championship.

Cleveland Browns currently at +2500 reached the Super Bowl, but what are the chances of them winning? They have the best offensive line and salary cap flexibility for further improving the defense. Which makes them yet another favorite for the next season.

Moving on to the Miami Dolphin, who fell just short of the playoffs in the last season. However, it seems that they started the rebuild just in time. In case the Miami Dolphins at +2500 manage to have a great upgrade at quarterback, they might have a chance at winning the championship.

The Los Angeles Chargers at +3000 had a turbulent last season, considering all the defense injuries. Moreover, former coach Anthony Lynn was not a good choice for the Los Angeles Chargers. They have enough talent to return safely to the postseason. And if the performance of Justin Patrick Herbert reaches its peak, they could end up winning the Super Bowl 2022 championship. The Carolina Panthers could be facing a successful season if they upgrade their defense a little bit. At +5000 and enough cap room, they have a chance at making it to the playoffs. Additionally, the Washington Football Team at +6600 has a great defense and could win with the right quarterback.

Hopefully, you could get some valuable information from our Super Bowl 2022 predictions that will help you decide how to work your way around your Super Bowl 2022 betting strategy. Keep in mind that the course of sports events is fast-changing and unpredictable – after all, there are so many factors that could affect the outcome of the championship.