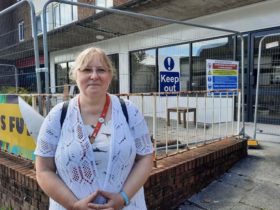 A ward at Singleton Hospital which was badly damaged in a fire last March is re-opening, following an extensive refurbishment.

Patients began moving back into Ward 12, an oncology ward, over the weekend. They had temporarily been housed in Ward 20 while the repairs were carried out. 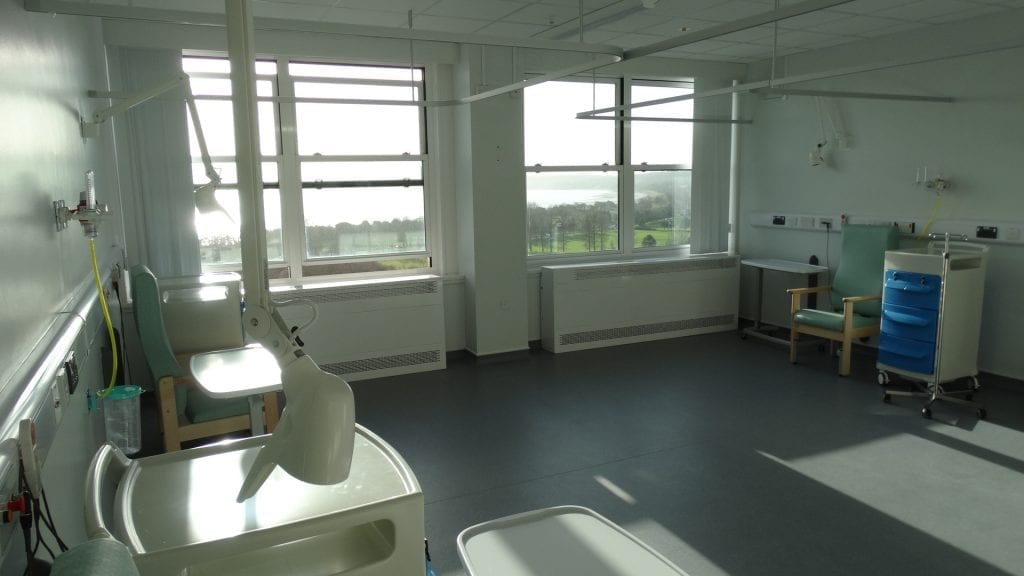 Ward 12 has undergone not only full repair, refitting and redecorating, but had new ceilings put in. Part of that work involved removing old asbestos which was installed when the hospital was built in 1958, and replacing it with modern fire-proofing materials.

This ceiling work was extended into the adjoining Ward 11, which although not damaged by the fire, offered an ideal opportunity to modernise that area at the same time. Patients from Ward 11 have also been cared for in a different area of the hospital while work has been ongoing, and are returning as this work is completed.

Ward 12 has 30 beds and a day room, and treats cancer patients not only from Swansea but from across South West Wales. Singleton Hospital is home to the South West Wales Cancer Centre.

In total the Welsh Government investment in the two wards has been £3.4m.

Contractors worked seven days a week to complete the refurbishment as quickly as possible because the alternative wards which the patients were using needed to be freed up. This was not only because of general bed pressures, but also other building working going on at Singleton Hospital which meant there was an ongoing need for flexible accommodation while that work was underway.

“We are very pleased with the refurbishment of Ward 12 after the fire. It will be a fantastic environment for patients and staff.”

“I would like to thank patients and staff for their understanding and cooperation over the last few months while this work has been underway. It hasn’t been easy, but with everyone pulling together we’ve come through it, and we now have a stunning new ward for patients to return to.”

The fire on Ward 12 last March led to the hospital’s fire plan being successfully implemented and all 36 patients, and staff, were evacuated promptly and safely. No-one was injured. 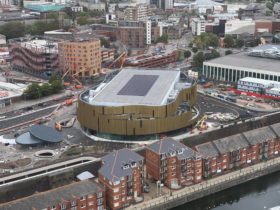