Tesco has become the first supermarket in Wales to begin registering its defibrillators to a new national database that could improve cardiac arrest survival rates.

The database, called The Circuit: the national defibrillator network, aims to map all defibrillators in locations such as supermarkets, train stations and offices, allowing ambulance services to direct bystanders to the nearest registered defibrillator in an emergency.

To help improve these stark survival rates, Tesco is in the process of registering its defibrillators in stores across Wales onto The Circuit, whilst installing hundreds more so that every Tesco store in Wales will have one. This means that if somebody is having a cardiac arrest in or around a Tesco store, the ambulance service will be able to direct 999 callers to the nearest available defibrillator which is registered on The Circuit.

Adam Fletcher, Head of BHF Cymru, said: “We’re thrilled that Tesco are registering all their defibrillators on The Circuit – this could help save lives in the years to come. By ensuring defibrillators are visible to ambulance services in the ultimate medical emergency, Tesco is providing an invaluable service to communities across Wales.

“By registering their defibrillators on The Circuit, Tesco will be joining the fight to improve survival rates. Currently, only 1 in 20 people survive an out-of-hospital cardiac arrest in Wales, and every minute without CPR and defibrillation can reduce the chances of survival by up to 10%, so every second counts when someone has a cardiac arrest.

“We are now urging all organisations that own defibrillators, whether it’s just the one or several, to follow in Tesco’s footsteps by registering them on The Circuit. This simple action could save lives.”

Oonagh Turnbull, Head of Health Campaigns at Tesco, said: “We are proud to have been in partnership with British Heart Foundation since 2015, and we value the opportunity to collaborate. The Lifesavers programme is one of those opportunities.  At Tesco, we are passionate about the active role we play in our communities, and in helping our customers when they need us most.  By supporting The Circuit and registering all of our defibrillators so emergency services know where the nearest one is, more lives could be saved.”

The Circuit has been developed by the BHF in partnership with Resuscitation Council UK, St John Ambulance Cymru, and the Association of Ambulance Chief Executives, including the Welsh Ambulance Service NHS Trust.

To ensure The Circuit achieves its ambitions, the founding health charities are urging all organisations with defibrillators to register them on the system. There are tens of thousands of defibrillators in locations unknown to the ambulance services, and the BHF has set a goal of seeing 70,000 new defibrillators registered across the UK before the end of the year. 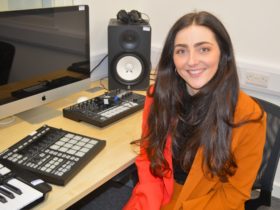