The recently approved Welsh budget motion is valid through 31 March 2022. The resolution by Senedd Cymru, under the auspices of Section 125 of the Government of Wales Act (2006), entrusts the Welsh Government with the authority to utilise resources through the validity period of the current budget. The Welsh Government is also permitted to retain income within each budgetary allocation up to the specified limits. And the Welsh Government is entitled to withdraw cash from the Welsh Consolidated Fund according to pre-set criteria.

Budgetary allocations may not exceed specified amounts as laid out in the criteria. The Electoral Commission, the Senedd Commission, the Wales Audit Office, and the Public Services Ombudsman of Wales have authority to use resources, retain income and draw cash as determined by the rules.

The 2021-22 Budget makes provision for the following expense items in GBP in thousands:

The total resources (000) requested by the Welsh government amount to £20,730,874, with accrued resources of £1,043,585. Requests for resources by the government offices amount to the following in GBP in thousands:

The largest expense items in the 2021-22 Welsh budget are health and social services, housing and local government, education, and economy and transport.

Performance of the Markets ahead of the Elections in Wales 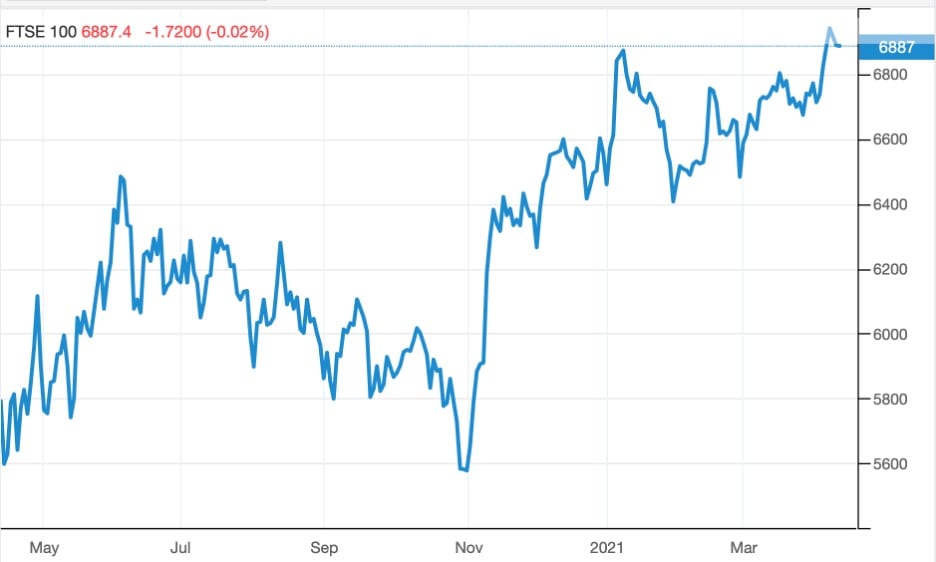 The London Stock Exchange (LSE) has generated a 1-year return of 21.90%, starting at 5,525.52 in April 2020, and currently trading around 6,949.56 in April 2021. The FTSE 100 index has a P/E ratio of 95.24, and an EPS of 72.33. This cap-weighted index of the 100 most capitalised companies traded on the LSE features heavyweight enterprises such as Royal Dutch Shell (RDSB and RDSA), HSBC Holdings (HSBA), Unilever (ULVR), British Petroleum (BP), GlaxoSmithKline (GSK), and Rio Tinto (RIO), among others. Easing of restrictions across the United Kingdom is expected to boost market activity, and promote a gradual return to normal.

On the equities front, popular stocks internationally include the likes of Cisco Systems Inc (NASDAQ: CSCO), Houghton Mifflin Harcourt Co (NASDAQ: HMHC), Lowe’s Companies (NYSE: LOW), Nucor Corp (NYSE: NUE), and Recon Technology Ltd (NASDAQ: RCON). In the run-up to the Welsh election, markets across Europe, the Middle East & Africa have shown modest growth over the past 1 month. All the major indices are up, including CAC 40 Index, the DAX Index, the FTSE 100 Index, and the EuroStoxx 50 PR. Even in the Americas, the Dow Jones, the S&P 500, NASDAQ, and the NYSE have all recorded single digit gains over of late.

On Thursday, May 6, 2021, 60 members will be elected to the Welsh parliament, the Senedd Cymru. Competition among various political parties has ratcheted up in recent weeks, with Reform UK looking to clamp down on wasteful spending in public life. Under Nathan Gill, the party is seeking to retain the Welsh parliament, but wants to alter the electoral system to make it fully proportional.

The Plaid Cymru manifesto is a lengthy document, totalling 126 pages. This party has pledged to take Wales on a different path towards transformation by 2030. Among others, Wales transformed by 2030 includes people living longer lives in a healthier society, a bustling Welsh economy, with higher pay and more locally owned business enterprise, and the eradication of discriminatory practices across the board.

Additionally, this party pledges 6,000+ healthcare professionals, 1,000+ doctors, 1,000+ allied health professionals, and 4,000+ nurses, in addition to the delivery of top-tier diagnostic centres for cancer, free personal care for the elderly, and a minimum wage of £10 + for healthcare workers.

Plaid Cymru has pledged to provide free school meals for children in families receiving Universal Credit, learning entitlement for retraining up to £5,000 for anyone over 25, reductions in tuition fees to Welsh-domiciled students to £7500, and the employment of 4,500+ additional teachers and support staff in schools across Wales.

The Structure of the Welsh Election

There are 60 Members of the Senedd (MSs). Individual constituencies are represented by 40 of these members. The other 20 represent 5 regions across Wales. During 2021, the voting will take place in ballot boxes, with voters required to bring their own pens and pencils. Proxy votes will be provided and emergency proxy votes are available up until 5 PM BST if required. Some 2.3 million voters across Wales will be voting this election, as well as 33,000+ foreign nationals.

The current structure of the Welsh Parliament is as follows:

The incumbent, first minister Mark Drakeford has led the Welsh Labour movement since 2018. His party holds 29 seats, which it won in 2016, but required the support of opposition parties to form a government. The election committee will begin tabulating results the day after the final votes have been cast. 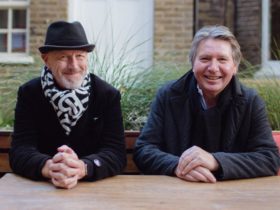 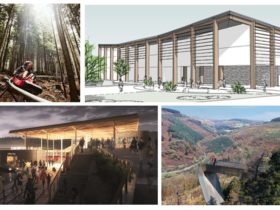