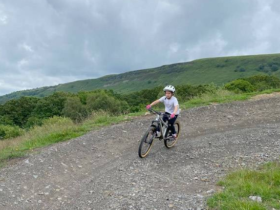 A Big Jubilee Picnic in Bute Park will round off four days of celebrations in Cardiff to mark the Queen’s Jubilee.

The bank holiday weekend will also see a Royal Gun Salute take place in Roald Dahl Plass, followed by a military music festival, a concert at Cardiff Castle, the visit of a Royal Navy ship, and the lighting of a Beacon in Cardiff Bay.

A Beacon outside the Pierhead Building in Cardiff Bay will be one of more than 2,000 beacons being lit simultaneously across the UK, as well as in all 54 Commonwealth capital cities in honour of the Jubilee.

Ahead of the Beacon lighting there will be a programme of music from The Regimental Band and Corps of Drums of The Royal Welsh.

The Beacon will be lit at 9.45pm, followed by a short firework display.

Some of Wales’s finest singers and entertainers will be live on stage at Cardiff Castle. With a line up including choirs, bands, dance, and a full orchestra, the iconic venue will reverberate with music, song and laughter. Tickets are free for under 16s with an accompanying adult. Wales 247 are running a competition for five families to win tickets to the event.

Pack a hamper, gather your family and friends and head to beautiful Bute Park for a Big Jubilee Picnic to round off the weekend. Visitors will be able to watch the Platinum Jubilee Pageant live from London on a giant screen or simply relax and enjoy the free music and walkabout entertainment on site.

With everything from giant flamingos to wandering opera it promises to be a very memorable afternoon.

There will not be food and drink for sale on site so remember to bring your own sandwiches, snacks and cakes to create your own delicious Jubilee spread!

The Big Jubilee Picnic is supported by the UK Government Department for Digital, Culture, Media and Sport.

HMS Severn, named after the River Severn, will be berthed at Britannia Quay for the Jubilee. During her visit to the Welsh capital the ship will open her gangway for members of the public to visit. The tickets will be released via Eventbrite and details of how people can obtain these will be available soon.

Ahead of the bank holiday weekend the Museum of Cardiff will also be holding a drop-in Royal Jubilee Craft event on Wednesday 1stJune (10am-3pm) where kids aged 3+ can get creative making their own royal crown and design their own bunting. Free event, suggested donation £1. No booking required.

Hubs across Cardiff will be holding Jubilee parties and events throughout half-term and the Jubilee weekend. All the details will be on the Cardiff Hubs website.