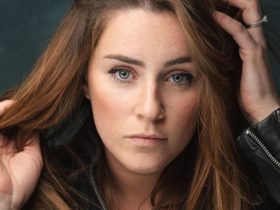 Welsh singer Lucie Jones is getting festive with Christmas shows

Internationally acclaimed theatre company Tall Stories comes to Cardiff’s New Theatrenext week from 2 – 5 August with The Gruffalo’s Child Live on Stage as part of a major UK and international tour. This season forms part of Tall Stories’ 21st anniversary season and will showcase the production’s new set and costumes, direct from a smash-hit West End season.

One wild and windy night the Gruffalo’s Child ignores her father’s warning and tiptoes out into the snow. After all, the Big Bad Mouse doesn’t really exist… does he? Audiences young and old will discover for themselves in this charming new musical adventure adapted from the loved picture book by Julia Donaldson and Axel Scheffler.

Tall Stories’ hit musical adaptation of the award-winning sequel to The Gruffalo (published by Macmillan Children’s Books) is ‘everything good children’s theatre should be’ (The list). Songs, laughs and lots of fun for children aged 3 and up, and their families.

The Gruffalo’s Child runs at the delightfully air-cooled New Theatre from 2 – 5 Augustand tickets are available from the Box Office on (029) 2087 8889 and newtheatrecardiff.co.uk.