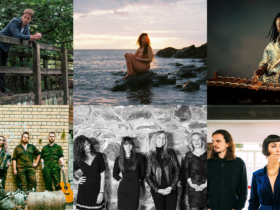 Welsh artists in the spotlight at international showcase

Huge news for football fans: the official Emirates FA Cup trophy is coming to Cardiff this week, and it’s all thanks to Deliveroo. Locals can head over to The Grazing Shed on Thursday 23rd, after the restaurant scored enough votes to make it one of only five restaurants in the UK to host the Cup next week.
Last year, the food delivery company partnered with the FA to become the proud partners of the England men’s & women’s teams. As part of the deal, Deliveroo also partnered with the world’s oldest domestic cup competition, the Emirates FA Cup. To celebrate, Deliveroo is touring the iconic Cup trophy around some of the UK’s favourite independent restaurants and takeaways across the UK from 19th to 23rd January – making its last stop at Cardiff’s The Grazing Shed next Thursday.
Locals who want to catch a glimpse of the famous cup should head down to The Grazing Shed from the hours of 12-2PM, where they can have their photo taken alongside the trophy and take away some free Deliveroo football goodies to  commemorate the special moment.
Emily Kraftman from Deliveroo said: “We were thrilled to see the overwhelming number of customers in Cardiff who voted to have their favourite restaurant host the FA Cup trophy. If you can spare a couple of hours out of your lunch, head over to The Grazing Shed and grab a photo!”
Freddie Griffith-Jones, Senior Partnerships Manager FA said: “It’s not everyday you get the chance to see the Emirates FA Cup trophy – especially in your local restaurant. We are hugely excited to partner with Deliveroo and to share this opportunity with fans around the country.”
As well as Cardiff, the FA Cup Trophy will make its way to four other winning restaurants in four locations across the UK from 19th to 23rd January:
What: Free event where locals can take pictures with the official FA Cup Trophy
Where: The Grazing Shed, 37 St Mary St, Cardiff CF10 1AD
When: Thursday 23rd January; 12:00PM – 2:00PM
0 Shares
Share on Facebook Share on Twitter Share on WhatsApp Share on WhatsApp Share on Linkedin Share on Email
Rhys Gregory January 20, 2020