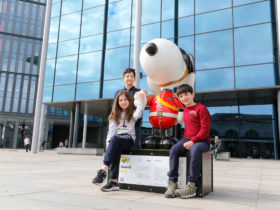 Harp sensation Ben Creighton-Griffiths will be jazzing things up at a top music festival.

Ben and his band, the Transatlantic Hot Club, who play high octane “gypsy jazz” will be taking centre stage at the prestigious Wales Harp Festival at Galeri Caernarfon.

The two-day event will be making a welcome return on April 12 and 13 after the Covid-19 pandemic forced its cancellation two years ago and transforming itself into a virtual event in 2021.

Another major highlight will be the world premiere of a new work by the acclaimed composer Mared Emlyn, from Llanrwst.

Both she and Ben will also hold workshops and tutorials on composition, jazz and improvisation for aspiring harpists during the festival.

Under the artistic direction of Elinor Bennett, the festival combines concerts with master classes and workshops, offering harpists of all ages and abilities the opportunity of learning from some of the best performers in the world.

The Festival Concert on April 13 features one of the UK’s foremost young harpists, Gwenllian Llyr, who commissioned the new piece by Mared Emlyn, with support from City Music Foundation and Tŷ Cerdd

Elinor said it had been due to be performed at the 2020 festival which had to be cancelled because of the pandemic.

“At last the piece can be heard and in public too where it rightfully belongs,” she said.

Mared is looking forward to hearing the eight minute long piece being played by Swansea-born Gwenllian in front of an audience.

“It is a piece in two movements based on the legend of Melangell from the Mabinogion tales which date back to the Middle Ages.

“I like to bring these stories to life when I perform, it’s really important,” said Mared.

A harpist and composer and tutor at Bangor University and Canolfan Gerdd William Mathias, Mared, won the Urdd National Eisteddfod’s Chief Composition medal for her work Perlau yn y Glaw (Pearls in the Rain) for solo harp in 2011.

She has received a number of composition commissions and a work for the Bangor Music Festival was premiered by the BBC National Orchestra of Wales. Another piece, a harp concerto,  was performed by the Welsh Chamber Orchestra at the Beaumaris Festival with Mared herself as the soloist.

In 2018, she collaborated with musician Gwenan Gibbard and poet Mererid Hopwood on a commission by the Wales International Harp Festival to celebrate the 90th birthday of the world-renowned harpist Osian Ellis.

Elinor is also looking forward to hearing Ben Creighton-Griffiths perform as he is one of her former pupils.

The energetic musician was touring the USA in early March and was relishing being back in front of a live audience.

Ben, from Cardiff, said: “For this performance the Transatlantic Hot Club will be giving a performance of exciting gypsy jazz and swing in the Hot Club style of Django Reinhardt.

While harp music is usually associated with classical and folk music, it’s not generally seen in other genres of music and especially jazz.

Ben said: “In my experience people are usually pleasantly surprised with their experience of jazz harp.

“It’s also great to speak to people afterwards and encourage them to go and look up some of the other fantastic jazz harpists across all the styles of jazz that have been around right the way from the ’30s up till current day performers.”

The Wales Harp Festival was established in the late 1970s and was initially held at Bangor University as a residential course for young harpists.

It evolved into a festival with lessons and workshops being joined by competitions, concerts and other activities and is now firmly established in the music calendar.

Organised by Canolfan Gerdd William Mathias (CGWM) since 1999, the festival is held annually and has also spawned the International Harp Festival which is held every four years and is due to be staged once again in 2023.

CGWM director Meinir Llwyd Roberts said harpists of all ages are welcome to attend the festival and join in the workshops and classes, beginning at 10am on both days.

After lunch on the first day, there is a concert by members of the course and a composition class.

During the late afternoon, the festival features a concert in the Galeri café called the Wales and Ireland Celtic Knot.

The first day’s activities will be rounded off by the Nansi Richards Scholarship Competition at 6pm.

Organised by the Nansi Richards Trust, the scholarship is open to harpists younger than 25 who live in Wales or were born in Wales.

After morning classes on April 13, Ben Creighton-Griffiths will lead a jazz workshop during the afternoon before two concerts round off the festival.

Renowned harpist Dylan Cernyw will play in the Galeri cafe at 6.45pm before the main festival concert at 7.30pm.

Before then, at 5pm, more than 40 harps will be placed on Galeri’s internal balconies for a special performance by course participants, which is free of charge to watch. 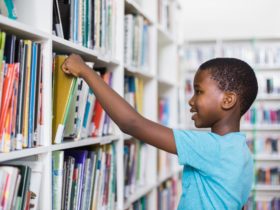