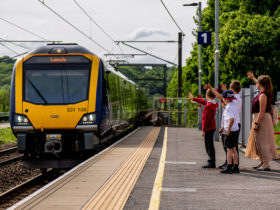 People across UK encouraged to ‘give the train a try’ for a healthier, greener future

RCT Council will begin a scheme to upgrade the traffic signals on the A4119 near Tesco Talbot Green – with traffic management to be implemented on the last two Sundays in January and two weeks of work in February.

The scheme will replace the traffic signals at this location on A4119 Talbot Road, to deliver a more efficient light sequence at the busy junction and improve traffic flow. The work will take place in and around the access road to the supermarket, utilising signposted lane closures and traffic management.

The work, subject to fair weather, will take place at the following times:

The diversions will see road users re-directed to enter and leave the area via the entrance to the retail park – in order to avoid the works area at the traffic signals near Tesco. Motorists may also be directed to the next junction to turn around and enter the Tesco access road on the other side of the carriageway.

The Council advises road users to allow extra time for local journeys on these days of work. The work requiring lane closures have been scheduled to take place on weekends or overnight to minimise disruption as much as possible.

The A4119 route is an important aspect of the Rhondda Gateway Region, which has been identified by the Council as a Strategic Opportunity Area for investment and economic growth. A multi-million pound investment to improve the Talbot Green Roundabout was delivered in 2017, while the Talbot Green traffic lights were improved by schemes during 2018 and 2019.

The Council is also committed to dualling a 1.5km section of the A4119 between Coed Ely and Ynysmaerdy in the future, having allocated £7.48m to the scheme so far and secured £1.33m Welsh Government funding. Lining improvements at Ynysmaerdy Roundabout have recently been delivered, while Active Travel enhancements at Coed Ely roundabout are also planned. 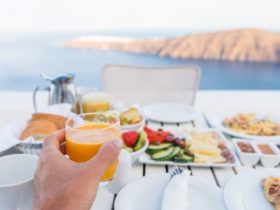 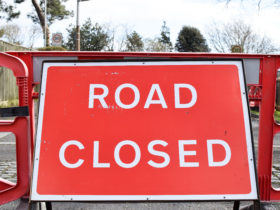