Can Neil Warnock Keep Cardiff in the Premier League?

A trailer firm is staying on as Wrexham AFC’s main local sponsor following the sale of the club to Rob McElhenney and Ryan Reynolds.

Ifor Williams Trailers, which is based across six manufacturing sites in North Wales, have agreed a “strategic and supportive move” to become the club’s official short sponsor for the next two years.

The company first became club sponsors in 2015 and they are confident the new ownership heralds a new golden era for the historic club that’s the third oldest in the world.

Many of the staff who work there are diehard Wrexham fans and there were whoops of joy in their factories when the sale of the club was confirmed.

According to the company, Europe’s largest trailer maker, the new ownership represents a once-in-a-lifetime commercial opportunity for the club and they are pleased to be part of an exciting new chapter in the club’s history.

The goal of the new owners is to grow the team and return it to the English Football League in front of increased attendances, and in an improved stadium, while making a positive difference to the wider community in Wrexham.

The club say they will be unveiling other new sponsors in due course.

Humphrey Ker, Executive Director said, “We are delighted that Ifor Williams Trailers will remain as the Club’s primary local sponsor, and we will continue to see their company’s logo on the shorts of both Men’s and Women’s teams for the next two seasons.

“This has allowed the Club to maximise the financial value of the shirt inventory, as it was recognised that this decision provided the Club the best opportunity to achieve its ambition of securing a return to the EFL, while delivering enhanced community benefit.

“The continuity and presence of a local Welsh indigenous company was important to us. Their positive approach in passing the baton on as front of shirt sponsor reflected the values they have for their company, and we are delighted to continue our association.

“They are our first member of our partners programme and will use the designation – Official Trailer Partner of Wrexham AFC.”

Carole Williams, Director of Ifor Williams Trailers said, “The new ownership of Wrexham AFC is a dream come true for all those, who despite the many and complex challenges over the years, have kept the option of professional football alive and kicking in North Wales.

“In handing over the front of shirt sponsorship to the new amazing sponsors, we would like to acknowledge the important contribution of the many committed volunteer individuals, who have done so much at the Club and the Age Grade Football Community League level, in the remarkable journey of Wrexham AFC.

“As Wrexham AFC enters this new and exciting era, we wish the new ownership, management and especially the extremely loyal fans a sincere ‘Pob Lwc’ and our message to the football playing youth of North Wales is as follows; Next time your coach tells you that you have to play your best today as there may be a scout from Wrexham in the crowd, Dream big and remember dreams can and do come true, especially where Wrexham AFC is concerned!” 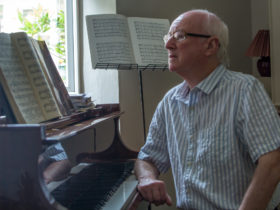 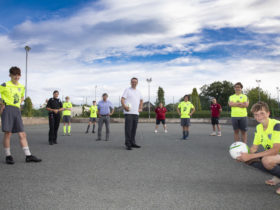 Police boss pitches in with cash seized from criminals