The study1, conducted by Oxford Home Schooling, asked 2,000 UK adults which books they most enjoyed reading when at school and Animal Farm was selected by a quarter (25%) of respondents.

The novella was followed in the rankings by Charles Dickens’ A Christmas Carol (21%) and John Steinbeck’s Of Mice and Men (19%). Harper Lee’s To Kill a Mockingbird is the most popular school book written by a female author (18%), placing sixth on the overall list.

Orwell and Dickens both appear twice in the top 10, as does William Shakespeare, showing his timeless appeal to all ages. Romeo and Juliet is the UK’s favourite play by The Bard (19%), ahead of Macbeth (15%).

The majority of the most popular books are from the 1900s, but three 21st century works made the top 40. John Boyne’s haunting Holocaust novel, The Boy in the Striped Pyjamas, published in 2006, was the highest rated work from this millennium (30th), with The Curious Incident of the Dog in the Night–Time (Mark Haddon – 2003) and Noughts and Crosses (Malorie Blackman – 2001) also featuring highly.

Men and women have significantly different tastes when it comes to books it seems, with their respective top 10 lists contrasting wildly. While Animal Farm is the favourite amongst men, A Christmas Carol tops the list for women, followed by Charlotte Brontë’s gothic romance novel Jane Eyre.

The Brontë sisters are generally far more popular with female readers, with both Jane Eyre and Wuthering Heights, younger sibling Emily’s sole work, rated far higher by women. Despite both featuring in the top six for women, neither appear in the top 15 for men (Wuthering Heights – 18th, Jane Eyre – 23rd).

It appears that younger readers are also turning away from Jane Eyre, as it features in the top 10 for all age groups except 18–24-year-olds. It is replaced by JB Priestley’s crime thriller An Inspector Calls, with the classic 20th century play ranking seventh for this latest generation. Of Mice and Men is the favourite among young Brits.

Greg Smith, Head of Operations at Oxford Home Schooling, said: “The books we read at school can affect our general interest in reading in later life, so it’s really important that people enjoy the novels given to them.

“Animal Farm is an incredibly powerful story and it’s not surprising to see that people remember it fondly. It also topped our rankings when we ran this study five years ago, showing that its popularity is enduring.

“However, it’s also interesting to see other works creep up towards the top of the lists. We’ll have to see whether Orwell can complete a hat-trick in years to come, or whether a new favourite will emerge!” 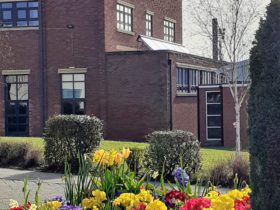 USW aims to be carbon neutral by 2040 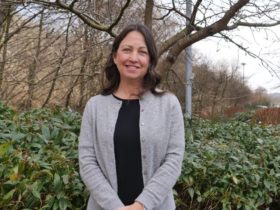 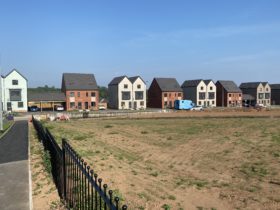