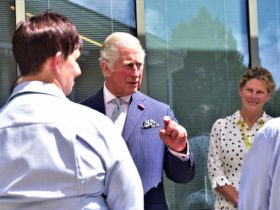 People could be able to elect their local councillors as they finish lessons or as part of their weekly shop, as part of efforts to make voting easier.

The Welsh Government is exploring with local authorities whether flexible voting pilots can take place in next year’s local government elections.

Voting in different spaces is being considered to provide voters with easier access in familiar environments. Polling stations in secondary schools and colleges would allow young people easy access to democracy, following legislation giving 16 and 17 year olds the vote in Wales. Consideration is also being given to sites such as leisure centres or supermarkets.

More flexible voting could also be achieved through early voting. This could see polling stations open the day before or the weekend before an election, or across multiple days. It would supplement postal voting as a way to give people more options to vote in advance.

Digital solutions around electoral registers would be required to facilitate some of these ideas and pilots would help develop a thorough understanding of how this would work best.

The Welsh Government outlined these ideas in a letter to the Welsh Local Government Association, with the intention to explore them further in next May’s elections. Local authorities are now considering whether they would like to progress any of these ideas for the 2022 local elections. If pursued, lessons learned would then inform arrangements for future elections, including the Senedd election in 2026 and the local government elections in 2027.

“We want to make it as easy as possible for people to vote, which is why we’re looking at making voting possible in more places, including in shops and schools. Democracy should be a part of all our lives and if more of us take part, it will lead to better policy making by elected representatives and policies which truly represent the views and experiences of all of us.

“These voting pilots will help us to better understand how we can increase turnout. We believe making voting more flexible and easier will bring democracy closer to everyone.”

“We have had constructive discussions with the Welsh Local Government Association about the need to modernise the way elections work. We’re now encouraging local authorities to step forward and play a part in shaping the future of elections in Wales. Piloting new approaches at the elections in May 2022 would be the first step in a longer term process that could see radical changes to how people exercise their democratic right to vote across the whole of Wales in future.”

“A healthy democracy relies on good engagement and accessible elections which fit the modern needs of people in local communities. Constructive discussions have already begun with Welsh Government to look at new ways to bring democracy closer to the people, and we will look forward to exploring the practicalities of rolling out these ideas in communities across Wales.”