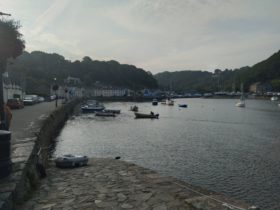 Synchronize your watches: The timetable for this Saturday’s Wales Airshow #AtHome digital celebration is out!

The hugely popular Wales Airshow was due to take place over the weekend of July 4-5 but was cancelled due to the pandemic.

However, this didn’t stop Swansea Council’s cultural services tourism, marketing and events teams from putting on an alternative celebration to mark the weekend.

This Saturday, July 4, a digital celebration of the airshow will take place from 11am-5pm.

Robert Francis-Davies, the council’s cabinet member for investment, regeneration and tourism, said: “The Wales Airshow #AtHome digital celebration is a virtual event showcasing the best highlights from some of the many display teams that have displayed over Swansea Bay in recent years.

“The event, in association with car dealership Ron Skinner and Sons, will start at 11am with a live interview by George Bacon MBE, the regular commentator at the Wales Airshow as well as at hundreds of other airshows, providing hours of wisdom, knowledge and enjoyment to those listening.

“There will then be Q&A sessions and exclusive footage from display teams that have performed at Swansea over the years.

“We have sourced spectacular unseen footage from The Red Arrows over Swansea Bay during the 2017 event.

“A digital event can’t compete with the atmosphere of a live event with hundreds of thousands of people in a spectacular location, but we’ve tried to pull out all the stops to deliver an alternative event.”

The day will cater well for younger airshow fans, with activities such as a word search, colour-in sheets and spot the difference. There will be a chance to win some fantastic Lego Display sets courtesy of Smyths Toys.

During the event, there will be an announcement about the date of next year’s Wales Airshow.